A digital elevation model (DEM) is a 3-dimensional illustration of a surface, typically a terrain region. It’s a grid-based structure having array numbers oriented to depict the terrain attributes such as slopes or aspect values. In simple terms, it is an accurate digital representation of the topography.

You roam around with a digital elevation model right in your pocket!
Confused? It’s Google Maps.

DEM can be done for the earth’s surface as well as other planet’s surface. It quantifies the characteristic of the land. It can be represented as a raster which is a grid of x and y coordinates or a vector-based triangular irregular network (TIN).

Each unit of DEM is in the form of a square. The overall shape of the DEM grid can be a square or rectangle.

DEM vs DTM vs DSM

DEM is used as a generic term for DTM and DSM.

ArcGIS is a commonly used platform for mapping DEM.

DEM can be generated through multiple means and techniques. The most relevant techniques are as follows:

It is a spatial interpolation technique. It is done with the help of Geographic Information System (GIS). The data of the topographic map is scanned and digitized to form sample elevation points and contours. A digital elevation model is formed by merging these two data.

This method was used extensively before remote sensing came into existence.

Stereo-pairs are a pair of flat perspective images of the same scene attained from slightly different points of view. It is a remote sensing technique. Some devices particularly help to capture such images. Datasets are attained from SPOT and Cartosat satellites for the same.

This method uses remote sensing. The radiations given out by the ground surface is detected.

A technique called SAR interferometry is used to attain a pair of perspective images from Radar Data. Sentinel is a popularly known satellite to give radar data pairs.

LIDAR (Light detection and ranging) is a well-known remote sensing technique. A highly accurate 2D or 3D dataset of the surface can be achieved using laser light.

LIDAR data has a high demand. It is most often used to generate digital elevation models. It is cost-effective as compared to photogrammetry, a method to obtain details of physical objects on a surface.

DEM is most used to get conventional topographic data of a particular region. Soil mapping and geological studies can also be done using DEM.

Earthwork calculations, especially for roads or railroads, can be done using DEM and the ArcGIS software.

A seismic survey can be carried out using DEM. The rock structure will give insights on threats such as landslides and earthquakes. Flood management can also be done after a thorough study of the topography.

Topography and slope are studied for planning the site layout. The planning has to be considering underground utilities. DEM provides accurate data on the same.

Architects and engineers can plan the residents/user’s visibility of a proposed building, taking into consideration the surrounding aspects.

Contours, elevation points, and catchment area details of a water body are attained from DEM. Volumetric calculations regarding flow accumulation and flow direction for building reservoirs and dams can be done.

What is DEM used for?

It is used to get a digital representation of the topography

What is the difference between DEM AND DTM?

DEM gives a digital quantitative model of a topographic surface and DTM represents the bare ground without any plants and buildings.

How are DEMs created?

DEMs can be created using remotely sensed data or by spatial interpolation technique.

AUTHOR
Manya is a Project Management Professional. She is an IGBC AP and postgraduate in Project Engineering and Management from NICMAR,Pune.
Previous article How to dispose of Construction Waste Safely?
Next article How to Dress Natural Building Stones? [PDF] 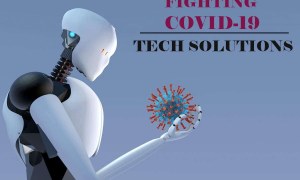 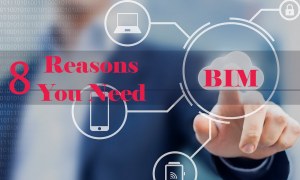