What is an Integral bridge?

Integral bridges are constructed without any joints between spans or between span and abutments. The superstructure along with abutments acts as single structural element.

Integrals bridges are classified into four types based on abutments types as follows:

Integral bridge with frame abutments acts like portal frame where moments, shear force and axial loads transfer directly to the supporting structure from deck of bridge. The frame abutments retains the backfill behind it like retaining walls.

Spread footing or embedded wall footing is preferred as foundation for the frame abutments. When there is thermal expansion or contraction, the beams of deck will react and produce horizontal displacement. To prevent the displacement on foundation, the abutments must be built with some flexibility. Even if there are intermediate supports portal type configuration does not changes. 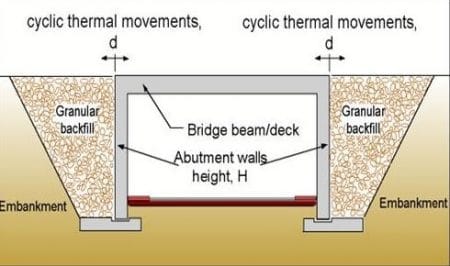 The reinforced concrete abutment is stiff in nature which is not suitable in this case. Use of steel sheet piles is the best alternative for this type of abutments. Soil pressure behind the abutments should also considered in the design.

In Flexible support abutments, Post holes are created around the piles up to the depth of piles. The posthole should provide enough space for the pile to move horizontally during thermal expansion or contraction. This will eliminate the soil and foundation interaction.

The hole is made of precast concrete rings for larger piles, UPVC or polythene piping for smaller piles. A duct is provided from the end screen wall to inspect the durability of pile inside the post hole. The piles should also be checked against buckling. 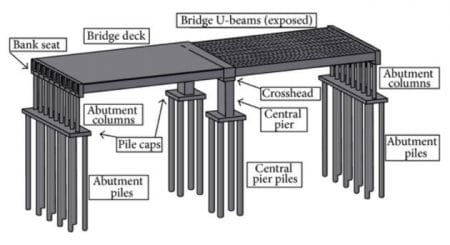 The holes around piles should not be filled with anything and also the holes should not have contact with end screen wall then only the movement of pile inside the hole is possible. If the soil in front of the abutment if of vertical facing then reinforcement should be provided for the earth.

Integral bridge with bank pad abutments is another type in which stiff portal frame type arrangement can be constructed. In this type, the end supports are fully integral with the deck beams but these supports are not fixed in the ground. They are allowed to slide and rotate.

These supports can slide during thermal expansions or contraction and they also can rotate due to bending moment from the deck beams. This sliding and rotation may affect the bearing capacity of soil, to avoid this bearing pressure of soil at serviceability limit state are kept lower than the normal static values. 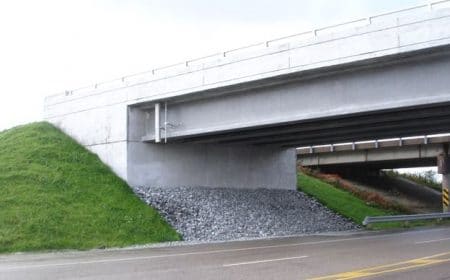 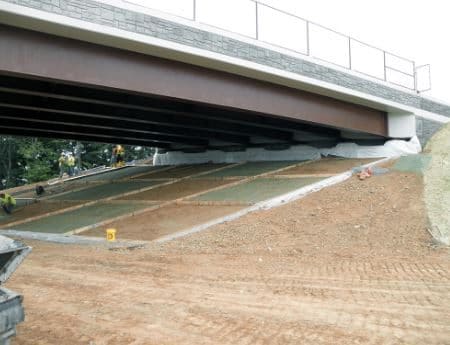 The advantages of integral bridges over normal bridges are as follows: 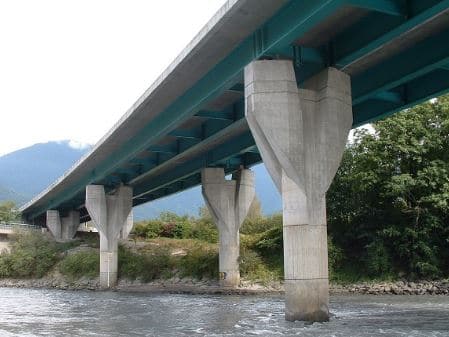 Following are some limitations to be considered while designing integral bridges.

EDITOR
Sadananda is a Civil Engineer and is an Author, Editor and Partner of The Constructor since 2016.
Previous article Reactive Powder Concrete – Composition and Advantages
Next article Cracks in Masonry Walls – Types, Causes and Repair of Cracks 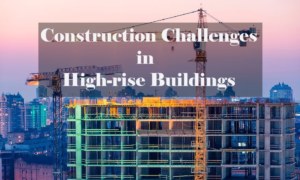 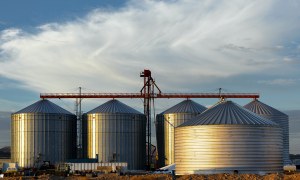