Types of Bituminous Materials in Construction – Uses and Properties 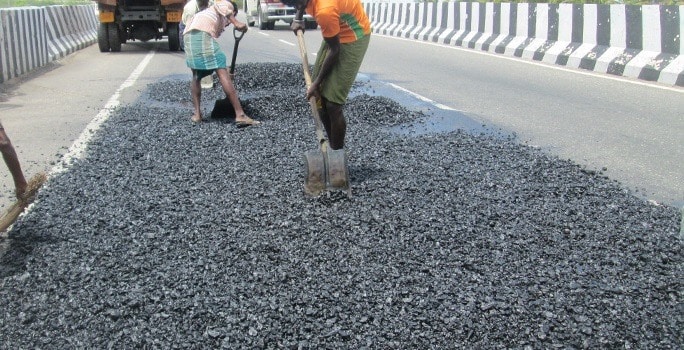 Before the era of bitumen, tar was used as the binder material for bituminous materials.

After the 20th century, the new types of vehicles with pneumatic tires came into its existence in the UK. The time was when tar was used in road construction in larger areas.

The road was constructed using water bound and graded aggregates as per the principles that were developed by Macadam. Macadam roads produced large amount of dust due to the action of the pneumatic tires and the speed of the vehicles moving. This led to binding the surface of the road with this tar.

Tar would act as a dressing to coat the surface. It is well suited for the purpose as it can be made semi-fluid and sprayed accordingly. This on cooling will get stiffened and protects the road from water attacks.

The history of bitumen came from the refinery bitumen that was used in Mexican oil fields in the UK, around 1913. But in 1920, the Shell Haven refinery was the one who has a role in bringing the bitumen into road construction.

Difference between Bitumen and Tar

This proved higher deformation resistance and softening resistance compared to the tar. In future, under high abrasion forces, they behave more brittle and highly crack resistant.

With time, the vehicles increase, so the traffic. Hence it was essential to bring roads with increasing performance. This lead to the complete use of bitumen than tar.

Traditionally in UK, the bitumen is categorized into two. The first one is “asphalt” and the second one is “macadam“. In North America, the asphalt is called as bitumen itself.

Asphalts are bitumen mixture whose strength and stiffness is gained through the mortar property. While in the case of macadam, the strength is dependent on the aggregates that are used in the mix (i.e. grading of the aggregates).

For each case mentioned, the property of the bitumen change. It is found that the asphalt properties are more governed by the bitumen properties than in the case of macadam. 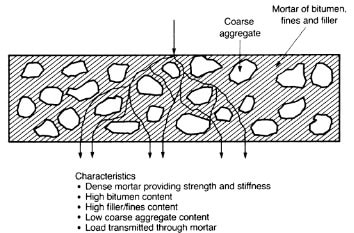 Fig.1: Representation of Asphalt Mix and its Characteristics

Fig.2: A Representation of Macadam Mix and its Characteristics

Use of Bituminous Material in Flexible Pavement

The bituminous materials are mostly employed for the construction of flexible pavement. When the road construction makes use of concrete slabs, we call it a rigid construction. 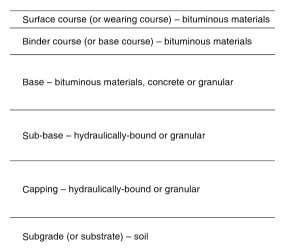 The asphalt in the surface course is different when compared with the asphalt that is used in the binder course or in the base.

The whole property of the bituminous material is highly dependent on the individual properties of each phase and their respective mix proportions. The two solid phases i.e. the bitumen and the aggregate are different in nature.

The aggregate is stiff and hard in nature. The bitumen is flexible and vary under temperature as they are soft. So, the whole performance of the material is greatly influenced by the bitumen proportion in the whole mix.

The supply of bitumen can be carried out in a variety ways based on whether the demand is for laying or is to facilitate some other performance. When the quality and the performance of the bituminous material is concerned, the aggregate constituent quality is also a primary factor.

We can either go for continuously graded aggregates, which are called as asphalt concrete (Before in the UK, it was called as macadam as discussed in before sections) or else the aggregates used can be gap graded, which are known as hot rolled asphalts or stone asphalt (This was known before as asphalts in the UK).

The filler is the fine component of the aggregates, that would pass through 63 microns. The graded aggregate mix might contain some quantity of fillers. But when it is not adequate, extra filler either in the form of Portland cement, or hydrated lime, or limestone dust are used.

The bitumen has mainly two sources, they are:

The bitumen is obtained from petroleum naturally with the help of geological forces. They are found to seen intimately connected with the mineral aggregates. They are found deposited at bitumen impregnated rocks and bituminous sands that have only a few bitumen in percentage.

The Val de Travers region of Switzerland and the ‘tar sand’ area of North America gain notable range of bitumen deposits. The rock asphalts gain bitumen in 10%, in the form of limestone or sandstone impregnated bitumen.

Lake asphalt composes of bitumen ‘lake’ that is found as dispersed finely divided mineral matter in bitumen. The roads in the UK make use of bitumen from the deposits of before mentioned lake deposits found in the Trinidad Lake.

The asphalt found from the lake are refined to a partial state by heating it to a temperature of 1600C. This is done in open skill to remove out the excess water. Later the material is filtered. This is then barreled and transported.

It is hard to use the material directly on the roads as it consists of 55% of bitumen, mineral matter of 35% and 10% of organic matter. This even after treatment is blended with refinery bitumen before use.

This bitumen is the residual material that is left behind after the crude oil fractional distillation process. The crudes from different countries vary based on their respective bitumen content.

It is found that crudes from Middle east and the North Sea have to undergo further process even after distillation to get final bitumen. These sources have a very small bitumen content.

But crude from the Caribbean and around countries give the higher content of bitumen that can be extracted with great ease.

The manufacture of bitumen is a lengthy process which is represented briefly in the below flowchart. The bitumen is a residual material. The final bitumen property will depend upon the extent of extraction, the viscosity, and the distillation process.

The present refinery plant has the capability to extract bitumen more precisely as the required viscosity and consistency.

The hydrocarbons and its derivatives formed in a complex colloidal system will compose to form the bitumen structure.

Bitumen is a colloidal system that dissolves in trichloroethylene. This solvent is used to determine the constituents that are present in the bitumen.

The bitumen constituents can be subdivided as follows:

The colloidal system of bitumen is a system with solid particles of Asphaltenes, that together form a cluster of molecules or these can be micelles; a continuum of Maltenes.

The bitumen take a gel character, when it has a higher quantity of saturated oil of molecular weight less. That bitumen with aromatic oils show sol character. This is one with more Asphaltenes.

Influence of Bitumen Constituents in the Material Properties

The individual fractions that form a bitumen surely have some contribution towards the properties of the bitumen material.

EDITOR
Neenu is a Civil and Structural Engineer and has experience in Design of Concrete and Steel Structures. She is an Author, Editor and Partner at theconstructor.org.
Previous article Types of Rebaring Equipment used for Reinforcement Cutting and Bending
Next article Soft Storey in Buildings and its Vulnerability Towards Earthquakes