Notre Dame de Paris, translated to Our lady of Paris, is one of the greatest marvels of French Gothic architecture much like the Eiffel tower in Paris. Its construction began around AD 1163 and reached fruition in AD 1250 with the completion of its two towers.

The cathedral is widely known for the naturalism of its Gothic sculptures and glass art that depicts the transition and evolution of Romanesque sculpture and architecture.

The cathedral went through some tough times during the French revolution when it got damaged significantly and was restored later. In 1991, UNESCO added it to the world heritage list of culturally important sites.

Here are the five exceptional features of Notre dame you should be aware of :

Gothic architecture represents a desire to get closer to god and this is expressed by the construction of towers stretching towards heaven. Different features and characteristics typical of Gothic architecture such as religion, verticality, gargoyles, pointed arches and Latin cross are incorporated into the structure of this building in one way or the other. Of all these features, religious elements seem the most significant.

Flying buttresses are a common feature of Gothic architecture and are used by Notre Dame for both the nave and choir. Flying buttresses are masonry elements that consist of an inclined beam supported by a half arch which projects from the walls of a structure to a pier that supports the weight and horizontal thrust of a roof, dome or vault. These buttresses were capable of bearing flyers. The choir buttresses were later extended approximately 1.5 m when the chapels were added.

The stained-glass windows of Notre-Dame, particularly the three rose windows, are among the most famous features of the cathedral. The west rose window, over the portals, was the first and smallest of the roses in Notre-Dame. It is 9.6 meters in diameter and was made in 1225, with the pieces of glass set in a thick circular stone frame. None of the original glass remains in this window; it was recreated in the 19th century.

4) Towers and The Spire

The two towers are sixty-nine meters high and were the tallest structures in Paris until the completion of the Eiffel tower. The towers were the last major element of the cathedral to be constructed.

The spire declared the presence of the Gothic church at a distance and advertised its connection to heaven. It was believed to provide a close association with picturesque eclecticism.

In addition to adding to the architecture, the large number of gargoyles provided a way to spew out thin streams of water away from the cathedral. They divide the torrent of water pouring from the roof after and project it outwards as far as possible from the buttresses and the walls and windows where it might erode the mortar binding the stone.

EDITOR
Akshay is a Civil Engineer who has experience in various Pile foundation projects. Civil Engineering intrigues him but what intrigues him, even more, is the implementation of hybridized materials in construction projects. He is the author, editor, and partner at theconstructor.org.
Previous article 8 Construction Tips for a Cool Summer
Next article Concrete Transfer and Placement Equipment-Practical Consideration 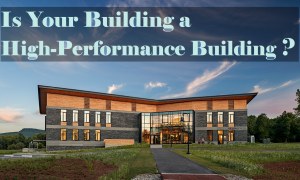 Is your Building a High-Performance Building? [PDF] 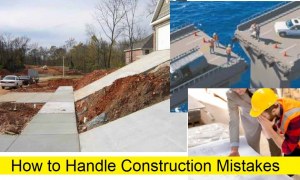 How to Handle Construction Mistakes at Site? [PDF]