Close
Ask a Question
Home / Building Technology Guide /How to Achieve Economy in the Cost of Formwork Construction?

The reduction of formwork construction is essential in declining the total cost of the project because it accounts for up to 60% of the entire cost of concrete structure. Decision made at the design phase can play crucial role in this regard. New materials, accessories, and prefabricated formwork components may enable designers to achieve their design goals at a lower cost.

The Concrete Reinforcing Steel Institute provided several recommendations to achieve economy in the cost of formwork construction. For instance, utilize one form scheme throughout the project, orient all framing in one direction to save time in one-way system, employ standard form sizes, and use the same level for all beams and joists.

How to Achieve Economy in the Cost of Formwork Construction?

Madeh is a Structural Engineer who works as Assistant Lecturer in Koya University. He is the author, editor and partner at theconstructor.org.
Previous article 9 Different Types of Corrosion
Next article 6 Factors Affecting Lateral Pressure of Fresh Concrete on Forms 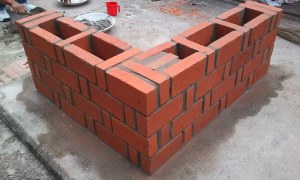