Presence of impurities in water for concrete mix leads to decrease in structural properties of concrete such as strength and durability to a large extent.

The effect of water impurities on properties of concrete can be expressed mainly in two terms: 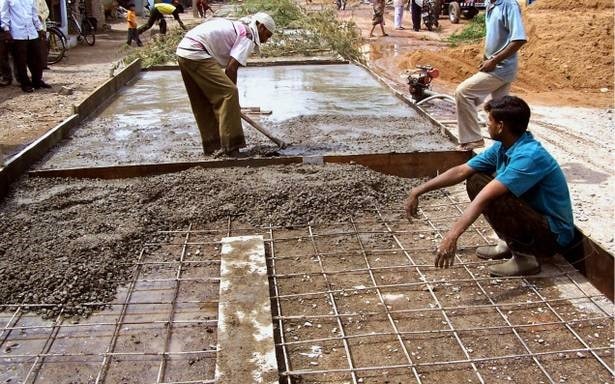 Effect of Water Impurities on Concrete Strength and Durability

A difference of compressive strength is measured on 28th day of curing. Up to 10% of the controlled test is adequate to measure the quality of the mixing water.

Concrete is affected by the effluents that are expelled out from the sewerage works, sugar and the fertilizer industry, paint, gas works, and textile industries.

Various tests have shown that the usage of water or structure that are constructed near to a water body with the excessive amount of salts (dissolved salts) tend to decrease the compressive strength of the concrete by an amount of 10 to 30 percent. This decrease is the strength of concrete compared with that obtained by the concrete using distilled water.

The high content of chlorides in water tends to show surface efflorescence, dampness persistently and makes the reinforcement steel prone to corrosion. This problem in concrete structures due to water quality problems is more severe in the tropical regions, mostly in that mix that is lean.

The table-1 shows the reduction of compressive strength of concrete structures by the different salt content present in water.

Table-1: Effect of Different Salts in Water on Compressive Strength of Concrete

Water Impurities and their Effect on Concrete Properties

The effect of various properties on the concrete properties are explained below:

Effect of Suspended Particles in Water on Concrete Properties

If the mixing water contains suspended particles in an amount up to 0.02 percent by weight of total water used in concrete, it will not affect the concrete properties.

It is found that high content of suspended particles does not affect the strength of the concrete, but affect other properties of the same.

The Indian code IS: 456-2000 prescribes an allowable limit of suspended particles in water to be less than 2000mg/liter. Before the use of water in concrete, the muddy water should undergo settlement in the basin.

Effect of Miscellaneous Inorganic Salts in Water on Properties of Concrete

The salt content in water adversely affect the strength of the concrete. The major salts that can be present in water are salts of manganese, tin, lead, copper and zinc.

The presence of zinc chloride in water results in the retarding of concrete strength gain. This is determined as an observation of no strength gain at the second or the third day of concrete (when subjected to strength tests).

Another salt that brings destructive effect on concrete is the lead nitrate. Other salts like sodium phosphate, sodium arsenate, sodium iodate and sodium borate result in the reduction of the initial concrete strength to a very lower degree.

The sodium and potassium carbonates cause extremely large rapid setting in large concentrations. This results in the reduction of concrete strength.

Effect of Salts in Seawater on Properties of Concrete

When considering approximate values, different ion content due to the presence of salts can be specified as 51.3% of chlorides, magnesium in 3.6%, 7.2% of sulfates, 28.5% of sodium, 1.3% of calcium and 1% of potassium. But the total amount of salt may vary widely.

The ingress of any considered ion into concrete mass is directly proportional to the seawater’s salinity. This is with respect to a given mass of seawater.

The salt content in sea water reduces the concrete strength by an amount of 10 to 20 percent. More than strength factor, the corrosion of the reinforcement is considered as the adverse effect. The chlorides are the main cause of corrosion.

The risk of reinforcement corrosion is higher when it is exposed to air than when it is submerged in water. Another effect of chlorides is the efflorescence.

It is advised to use cement with high C3A content, as the chloride ion will be intercepted by the aluminate present. This is by the precipitation of calcium chloroaluminate which has no detrimental effects. This will hence increase the life period of steel and the durability of the structure.

Hence in cold weather conditions, the CaCl2 can be employed to accelerator add some content of sulfate resisting cement (in a measure equal to that added to the normal cement).

The codes do not support the use of calcium chloride when the sulfate resisting cement is employed. But in situations which are unavoidable, it is used in plain concrete that is submerged under water.

Effect of Acids and Alkalis in Water on Properties of Concrete

The water that consists of industrial waste are not suitable for concrete construction. The industrial water consists of detrimental acids or alkalies that depend on the waste product of the respective industry.

In terms of pH value, the water that has a pH value greater than 6 can be employed for the concrete construction. But the pH value will not give a proper and adequate measure about the acid content in the water.

The acid content in water can be gauged accurately based on total acidity, in the extend to satisfy the below requirement, i.e.:

The amount of 0.02 normal NaOH required to neutralize 100ml of water sample by using phenolphthalein as the indicator should not be greater than 5ml. Here, the acidity is equivalent to 49 ppm of H2So4 or 36 ppm of HCL.

Effect of Algae on Properties of Concrete

The algae entering the mix through water will result in the air entrainment in large quantities, which in turn result in the reduction of concrete strength.

Effect of Sugar on Properties of Concrete

The sugar content increased by an amount to 0.20 percent is said to improve the setting (time is accelerated). Further increase of sugar will cause rapid setting but the 28th day strength is affected.

Effect of Oil Contamination on Properties of Concrete

The vegetable oil in water used for concrete manufacture shows its detrimental effects on the strength of concrete at its later stages.

The table-2 specifies the limit of a number of solid impurities in water used for concrete production.

The pH value that is most suitable for construction of concrete is generally between 6 to 8. It is said that water equivalent to drinking water is best for construction. The solid contents in water are determined based on the procedures given in IS: 3025.

Table-2: Limits of Permissible Impurities in Water for Concrete Construction

Effect of Impurities in Curing Water on Concrete Construction

The main intention of curing is to let the water penetrate the concrete. No water is necessary for curing if proper steps were taken to prevent the loss of water from the concrete.

Marine structures that are intended to be submerged in the seawater have large risk due to the sea dissolved salts. But these problems are covered if proper curing is carried out by fresh water.

The iron content or organic matter in water that is used for curing will result in the staining or deposits in the concrete surface. As per IS: 456-2000, the presence of iron or tannic acid compounds are restricted in curing water.

Neenu is a Civil and Structural Engineer and has experience in Design of Concrete and Steel Structures. She is an Author, Editor and Partner at theconstructor.org.
Previous article Polymer Impregnated Concrete -Applications and Properties of Polymers in Concrete
Next article Concrete Screed – Properties and Composition of Screeds 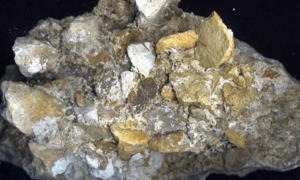 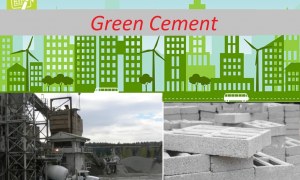