Fiber Reinforced Concrete can be defined as a composite material consisting of mixtures of cement, mortar or concrete and discontinuous, discrete, uniformly dispersed suitable fibers. Fiber reinforced concrete are of different types and properties with many advantages. Continuous meshes, woven fabrics and long wires or rods are not considered to be discrete fibers.

Fiber is a small piece of reinforcing material possessing certain characteristics properties. They can be circular or flat. The fiber is often described by a convenient parameter called “aspect ratio”. The aspect ratio of the fiber is the ratio of its length to its diameter. Typical aspect ratio ranges from 30 to 150.

Fibre-reinforcement is mainly used in shotcrete, but can also be used in normal concrete. Fibre-reinforced normal concrete are mostly used for on-ground floors and pavements, but can be considered for a wide range of construction parts (beams, pliers, foundations etc) either alone or with hand-tied rebars

Concrete reinforced with fibres (which are usually steel, glass or “plastic” fibres) is less expensive than hand-tied rebar, while still increasing the tensile strength many times. Shape, dimension and length of fibre is important. A thin and short fibre, for example short hair-shaped glass fibre, will only be effective the first hours after pouring the concrete (reduces cracking while the concrete is stiffening) but will not increase the concrete tensile strength

Effect of Fibers in Concrete

Fibres are usually used in concrete to control plastic shrinkage cracking and drying shrinkage cracking. They also lower the permeability of concrete and thus reduce bleeding of water. Some types of fibres produce greater impact, abrasion and shatter resistance in concrete. Generally fibres do not increase the flexural strength of concrete, so it can not replace moment resisting or structural steel reinforcement. Some fibres reduce the strength of concrete.

The amount of fibres added to a concrete mix is measured as a percentage of the total volume of the composite (concrete and fibres) termed volume fraction (Vf). Vf typically ranges from 0.1 to 3%. Aspect ratio (l/d) is calculated by dividing fibre length (l) by its diameter (d). Fibres with a non-circular cross section use an equivalent diameter for the calculation of aspect ratio.

If the modulus of elasticity of the fibre is higher than the matrix (concrete or mortar binder), they help to carry the load by increasing the tensile strength of the material. Increase in the aspect ratio of the fibre usually segments the flexural strength and toughness of the matrix. However, fibres which are too long tend to “ball” in the mix and create workability problems.

Some recent research indicated that using fibres in concrete has limited effect on the impact resistance of concrete materials.This finding is very important since traditionally people think the ductility increases when concrete reinforced with fibres. The results also pointed out that the micro fibres is better in impact resistance compared with the longer fibres.

Fiber reinforced concrete is the composite material containing fibers in the cement matrix in an orderly manner or randomly distributed manner. Its properties would obviously, depends upon the efficient transfer of stress between matrix and the fibers. The factors are briefly discussed below:

The modulus of elasticity of matrix must be much lower than that of fiber for efficient stress transfer. Low modulus of fiber such as nylons and polypropylene are, therefore, unlikely to give strength improvement, but the help in the absorption of large energy and therefore, impart greater degree of toughness and resistance to impart. High modulus fibers such as steel, glass and carbon impart strength and stiffness to the composite.

Interfacial bond between the matrix and the fiber also determine the effectiveness of stress transfer, from the matrix to the fiber. A good bond is essential for improving tensile strength of the composite.

The strength of the composite largely depends on the quantity of fibers used in it. Fig 1 and 2 show the effect of volume on the toughness and strength. It can see from Fig 1 that the increase in the volume of fibers, increase approximately linearly, the tensile strength and toughness of the composite. Use of higher percentage of fiber is likely to cause segregation and harshness of concrete and mortar. 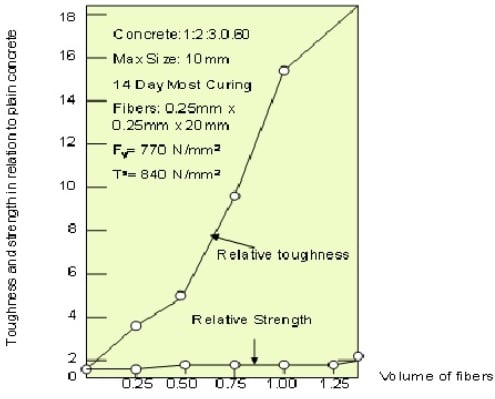 Fig.1: Effect of volume of fibers in flexure 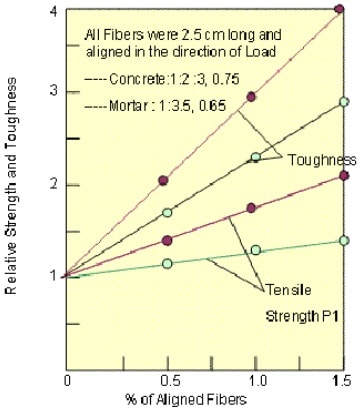 Fig.2: Effect of volume of fibers in tension

3. Aspect Ratio of the Fiber

Table-1: Aspect ratio of the fiber

It was observed that the fibers aligned parallel to the applied load offered more tensile strength and toughness than randomly distributed or perpendicular fibers.

5. Workability and Compaction of Concrete

Incorporation of steel fiber decreases the workability considerably. This situation adversely affects the consolidation of fresh mix. Even prolonged external vibration fails to compact the concrete. The fiber volume at which this situation is reached depends on the length and diameter of the fiber.

Another consequence of poor workability is non-uniform distribution of the fibers. Generally, the workability and compaction standard of the mix is improved through increased water/ cement ratio or by the use of some kind of water reducing admixtures.

Maximum size of the coarse aggregate should be restricted to 10mm, to avoid appreciable reduction in strength of the composite. Fibers also in effect, act as aggregate. Although they have a simple geometry, their influence on the properties of fresh concrete is complex. The inter-particle friction between fibers and between fibers and aggregates controls the orientation and distribution of the fibers and consequently the properties of the composite. Friction reducing admixtures and admixtures that improve the cohesiveness of the mix can significantly improve the mix.

Mixing of fiber reinforced concrete needs careful conditions to avoid balling of fibers, segregation and in general the difficulty of mixing the materials uniformly. Increase in the aspect ratio, volume percentage and size and quantity of coarse aggregate intensify the difficulties and balling tendency. Steel fiber content in excess of 2% by volume and aspect ratio of more than 100 are difficult to mix.

It is important that the fibers are dispersed uniformly throughout the mix; this can be done by the addition of the fibers before the water is added. When mixing in a laboratory mixer, introducing the fibers through a wire mesh basket will help even distribution of fibers. For field use, other suitable methods must be adopted.

Following are the different type of fibers generally used in the construction industries.

A no of steel fiber types are available as reinforcement. Round steel fiber the commonly used type are produced by cutting round wire in to short length. The typical diameter lies in the range of 0.25 to 0.75mm. Steel fibers having a rectangular c/s are produced by silting the sheets about 0.25mm thick.

Fiber made from mild steel drawn wire. Conforming to IS:280-1976 with the diameter of wire varying from 0.3 to 0.5mm have been practically used in India.

Round steel fibers are produced by cutting or chopping the wire, flat sheet fibers having a typical c/s ranging from 0.15 to 0.41mm in thickness and 0.25 to 0.90mm in width are produced by silting flat sheets.

Deformed fiber, which are loosely bounded with water-soluble glue in the form of a bundle are also available. Since individual fibers tend to cluster together, their uniform distribution in the matrix is often difficult. This may be avoided by adding fibers bundles, which separate during the mixing process.

Polypropylene is one of the cheapest & abundantly available polymers polypropylene fibers are resistant to most chemical & it would be cementitious matrix which would deteriorate first under aggressive chemical attack. Its melting point is high (about 165 degrees centigrade). So that a working temp. As (100 degree centigrade) may be sustained for short periods without detriment to fiber properties.

Polypropylene fibers being hydrophobic can be easily mixed as they do not need lengthy contact during mixing and only need to be evenly distressed in the mix.

Polypropylene short fibers in small volume fractions between 0.5 to 15 commercially used in concrete. 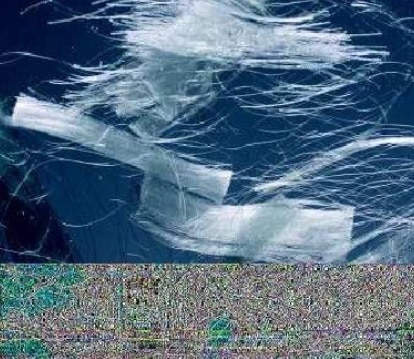 Glass fiber is made up from 200-400 individual filaments which are lightly bonded to make up a stand. These stands can be chopped into various lengths, or combined to make cloth mat or tape. Using the conventional mixing techniques for normal concrete it is not possible to mix more than about 2% (by volume) of fibers of a length of 25mm.

The major appliance of glass fiber has been in reinforcing the cement or mortar matrices used in the production of thin-sheet products. The commonly used verities of glass fibers are e-glass used. In the reinforced of plastics & AR glass E-glass has inadequate resistance to alkalis present in Portland cement where AR-glass has improved alkali resistant characteristics. Sometimes polymers are also added in the mixes to improve some physical properties such as moisture movement. 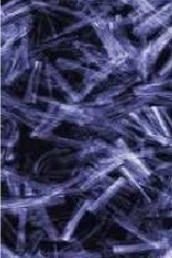 Carbon fibers from the most recent & probability the most spectacular addition to the range of fiber available for commercial use. Carbon fiber comes under the very high modulus of elasticity and flexural strength. These are expansive. Their strength & stiffness characteristics have been found to be superior even to those of steel. But they are more vulnerable to damage than even glass fiber, and hence are generally treated with resign coating. 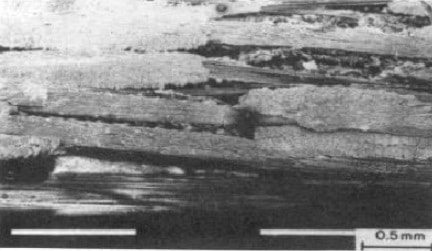 Organic fiber such as polypropylene or natural fiber may be chemically more inert than either steel or glass fibers. They are also cheaper, especially if natural. A large volume of vegetable fiber may be used to obtain a multiple cracking composite. The problem of mixing and uniform dispersion may be solved by adding a superplasticizer. 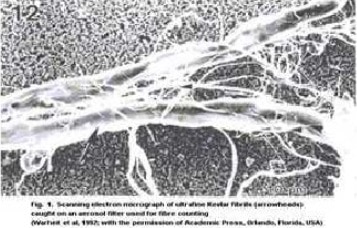 ADMIN
Gopal Mishra is a Civil Engineer from NIT Calicut and has more than 10 years of experience in Civil Engineering and Construction. He is the founder of The Constructor.
Previous article Interior Design
Next article Green Buildings 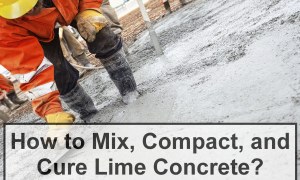