4 Types of Cracks in Concrete Columns and their Causes

Cracking in reinforced concrete column is a serious problem and it may lead to the loss of strength, stability, durability, and detrimentally influence aesthetics. Therefore, it is required to investigate different types of cracks that may initiate in columns in order to consider suitable means to restrict them.

Types of Cracks in Concrete Columns

Diagonal cracks in reinforced concrete columns develops and encompass the entire face of column anywhere along its height. The main cause of diagonal cracks in concrete columns is inadequate load carrying capacity of the columns; insufficient cross-section and inadequate reinforcement steel. Diagonal Cracks would influence structural soundness and hence it needs to be dealt with properly.

Horizontal crack in reinforced concrete column is observed to initiate mostly at the beam-column junction, and on column face where tensile stress is large. Columns with in adequate moment resistance capacity, insufficient reinforcements, or disposition of installed reinforcement are prone to horizontal cracking; due the effect of shear force and direct load and uniaxial bending.

Finally, horizontal cracks substantially reduce the shear strength of the column leading to a greatly increased risk of failure. So, it is required to be tackled as soon as possible. 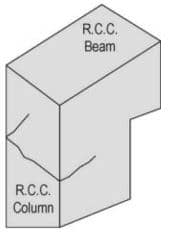 The ultimate Load carrying capacity of the column surpassed when concrete cross section is inadequate or reinforcement ratio is insufficient or combination thereof.

Corrosion cracks in concrete columns are developed along the line of reinforcements. This type of cracks is commonly uniform in width and widen as the column is ageing.

EDITOR
Madeh is a Structural Engineer who works as Assistant Lecturer in Koya University. He is the author, editor and partner at theconstructor.org.
Previous article Causes of Failures of Earthfill Dams
Next article What is Construction Management? 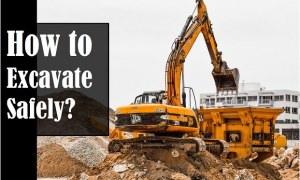 How to Excavate Safely in Construction? [PDF]