Need of Construction Automation and its Benefits

In this article the advantages and application of construction automation and robotics will be discussed. 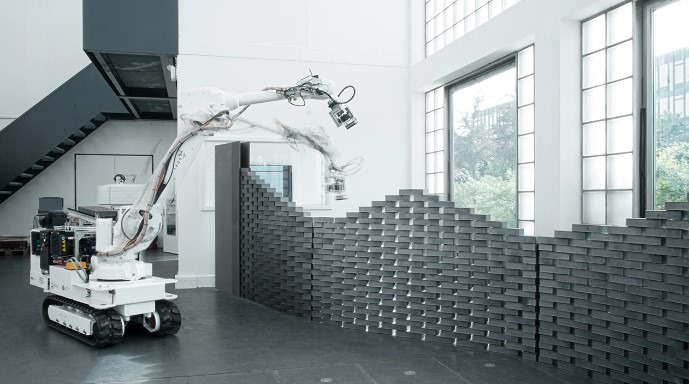 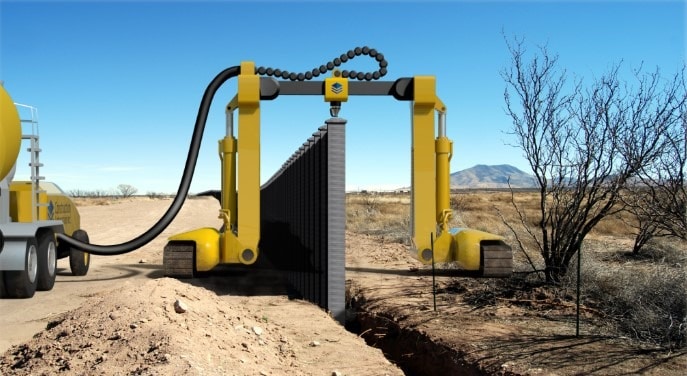 Advantages of Automation in Construction Industry

Applications of Automated Construction and Robotics

Automation and Robotics in Construction Sector and Precast Concrete Industry

It has been long time since almost 100% automation is achieved and applied in the construction material production for instance cement, steel, glass, aluminum, and wood. Approximately partial automation robotics is used in road construction, tunneling, and earthworks.

The automation of precast components is very beneficial because it provides products which its quality is not changing and waste of the factory is declined.

This decrease of factory waste is made possible because of using required amount of materials which is arranged with the help of computer planning and programming.

Stationary mixer plants are not an exception and substantial degree of automation and robotics are employed for quite long time.

As far as on site construction automation and robotics is concern, there are several apparatuses which has been used for different purposes on project site for example concrete screeding (Figure-3), finishing (Figure-4), scrubbing, and cleaning. 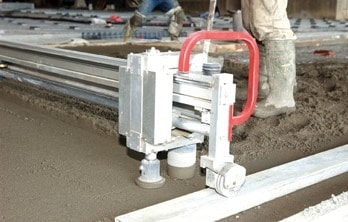 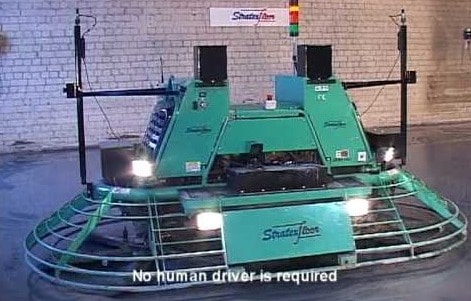 Moreover, there is partially automated overhead construction factory system that was developed by Obayashi Corp. used for the construction of high rise reinforced concrete frame as shown in Figure-5 and Figure-6.

Finally, as it can be seen from the figures, the machine covers the entire structure and its cranes are partially automated, prefabricate parts of concrete panels, material storage management and providing materials on construction site are computerized, and finally the erection of the structure is partially automated. 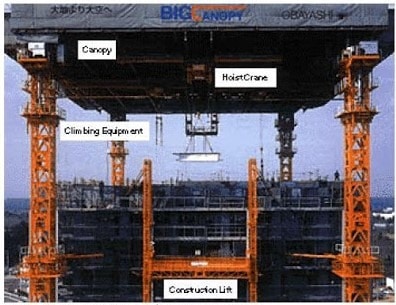 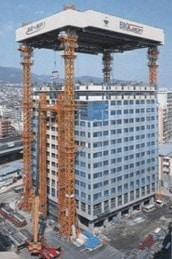 Automation and robotics in masonry prefabrication play significant role and has considerable advantages because not only it substantially raise the production of masonry blocks but also it decrease manpower and labor cost. Plants that produced masonry elements may be completely automatic or partially automated and individually designed masonry blocks can be prefabricated.

Prefabricating masonry blocks and bricks is not free from obstacles and difficulty for example installing such automatic plant need huge amount of money which can become considerable obstacle.

Apart from automated masonry element, automation and robotics are also used to lay bricks such as shown Figure-9 which can lay up to 1000 bricks in an hour.

Automation and Robotics in Timber Construction

There are automated plants which produced prefabricated house components and very limited hand work is involved. Figure-10 shows an automated machine that employed for fabrication of framing. And multifunctional robotic wooden wall unit are shown in Figure-11. 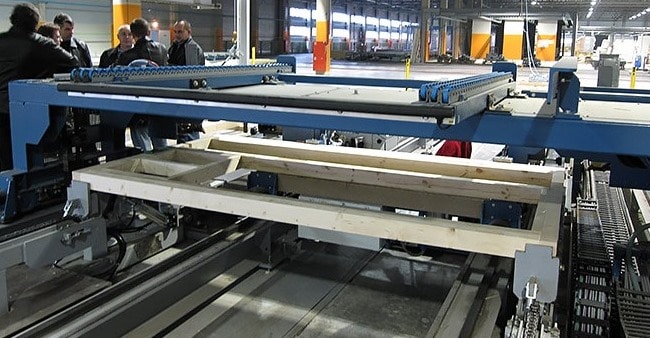 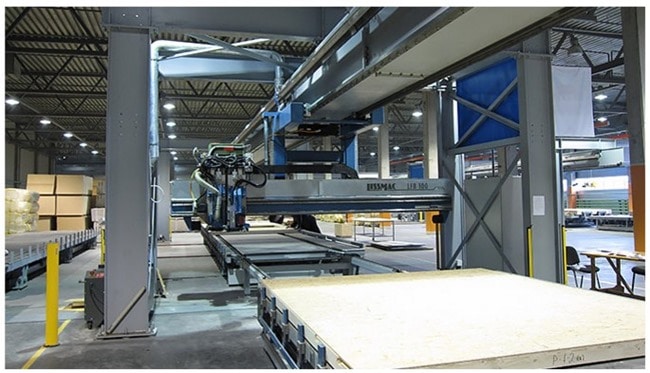 Automation and Robotics in Production of Steel Components

Utilization of steel in the house construction is very low but there are factories which prefabricate components of houses using automation and robotics as shown in Figure-12.

It is reported that such facility produces five to ten thousand houses per year and it produces 120m2 in just two and half minute, and the house can be erected in four hours. 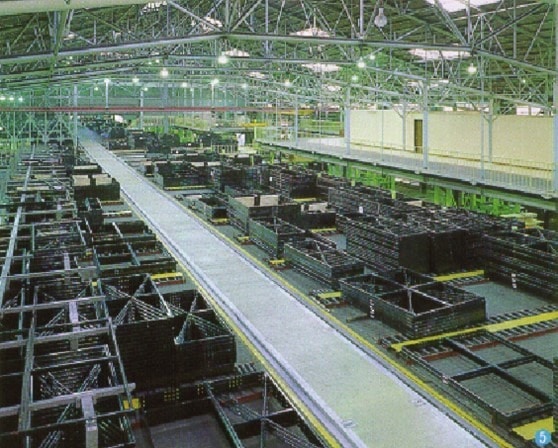 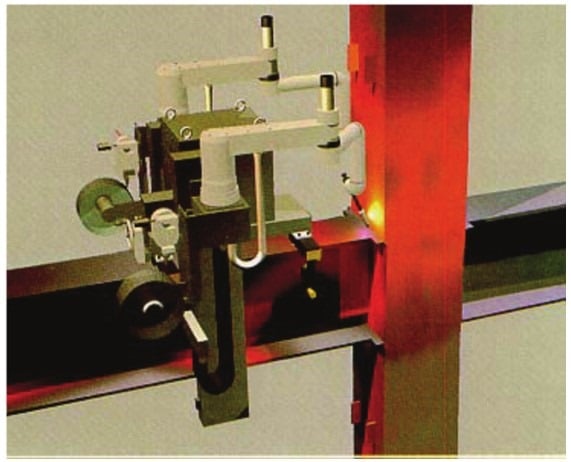 EDITOR
Madeh is a Structural Engineer who works as Assistant Lecturer in Koya University. He is the author, editor and partner at theconstructor.org.
Previous article Green Walls in High Rise Buildings -Types, Features and Benefits
Next article Design of FRP Axial Strengthening of RCC Columns -ACI 440.2R-08 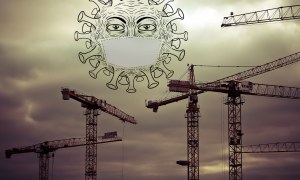 How will COVID-19 affect the Construction Sector? [PDF] 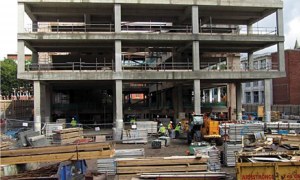 How to Reduce Waste and Loss of Materials at Construction