Depreciation represents the decline in the market value of a piece of equipment due to age, wear, deterioration, and obsolescence.

Term depreciation represents changes in the value of the assets from year to year and as a means of establishing an hourly ‘‘rental’’ rate for that asset. It is not meant in the same sense, as is used in the tax code.

Term ‘‘rental rate’’ is the rate equipment owner charges clients for using the equipment, i.e., the project users ‘‘rent’’ the equipment from its owner.

Depreciation can result from physical deterioration (occurring from wear and tear of the machine), economic decline or obsolescence occurring over time.

In the calculation of depreciation, some factors are explicit, while other factors have to be estimated. Generally, the asset costs like initial cost, useful life, and salvage value are known.

However, there is always some uncertainty about the exact length of the useful life of the asset and about the precise amount of salvage value. Salvage value and useful life can be realized only when the asset is disposed of. Any assessment of depreciation, therefore, requires these values to be estimated.

Among many depreciation methods, the straight-line method, double-declining balance method, and sum-of-years’-digits method are the most commonly used in the construction equipment industry.

Straight-line depreciation is the simplest to understand as it makes the basic assumption that the equipment will lose the same amount of value in every year of its useful life until it reaches its salvage value. The depreciation in a given year can be expressed by the following equation:

The sum-of-years’-digits depreciation method tries to model depreciation assuming that it is not a straight line. The actual market value of a piece of equipment after 1 year is less than the amount predicted by the straight-line method.

Thus, this is an accelerated depreciation method and models more annual depreciation in the early years of a machine’s life and less in its later years. The calculation is straightforward and done using the following equation:

Also Read: What is Operating Cost of an Equipment?

EDITOR
Akshay is a Civil Engineer who has experience in various Pile foundation projects. Civil Engineering intrigues him but what intrigues him, even more, is the implementation of hybridized materials in construction projects. He is the author, editor, and partner at theconstructor.org.
Previous article Bulldozer – Types, Applications, and Output Calculation
Next article Design Requirements of Concrete Based on ACI 318-19 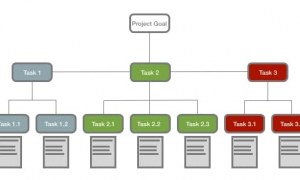 How to Plan a Construction Project using Work Breakdown Structure?