Close
Ask a Question
Home / Earthquake Engineering /What is Base Isolation System in Building Construction?

A base isolation system is a popular system implemented in a structure to protect it from the action of seismic forces. This system as base isolation bearings was developed by Dr. Bill Robinson in the 1970s in New Zealand.

Working Principle of Base Isolation System

The fundamental principle of a base isolation system is to alter the response of the building structure so that the ground below it can move easily without transmitting these motion forces to the building structure above.This is achieved by separating or isolating the superstructure from its substructure that is resting on a shaking ground. Thus the structure has less effect due to earthquake forces.

The term “isolation” itself refers to the reduced action between the main structure and the ground. When the system is provided under the structure, it is called “base isolation”.

The base isolation system comes under passive vibration control technology in earthquake engineering. It is a design strategy that serves the purpose of uncoupling the structure from the damaging effects of the earthquake ground motion.

The decoupling action of the base isolation makes the building behave more flexible thus increasing its resistance against the earthquake.

The principle can be more clearly explained by considering an example. Consider a building resting over frictionless rollers. When the ground below the building is subjected to shaking, the rollers start to freely roll, but the building stays above without any movement.

This means that the ground shake does not pass any force to the building and the structure stays safe. The example is illustrated in figure-2. It is to be noted that if the gap between the vertical wall of the foundation pit and the building is small, there are chances of collision with the movement of the ground.

Now, consider a case, where the above-mentioned building structure is placed above flexible pads instead of rollers. This arrangement under a seismic force surely provides resistance to the lateral movement, but the building experiences some amount of ground shaking. These flexible pads are called base isolators”.

A building structure that is protected against the seismic force by a base isolator is called a” base-isolated building”. The difference from the before case of rollers is that they make the building stay stiff. But base isolators make the structure “flexible”.

Components of Base Isolation System

A base isolation system mainly consists of two components:

Features of Base Isolation System

The important features of a base isolation system are enlisted below:

Suitability of Base Isolation System in Buildings

Base isolation is suitable for the structures satisfying the following conditions:

Locations of Base Isolators in Buildings

Generally, the isolators are installed at the top or bottom or mid-height of the building basements columns and the walls. If not, a diaphragm is immediately placed above the isolator.

The placement of base isolators must be done in such a way that the building must be able to move horizontally relative to the below ground for a distance not less than 100mm.

Figure-4 below shows some of the possible locations of the base isolators near the substructure.

Neenu is a Civil and Structural Engineer and has experience in Design of Concrete and Steel Structures. She is an Author, Editor and Partner at theconstructor.org.
Previous article 10 Types of Stones Used for Building Constructions
Next article Different Types of Base Isolators Used in Buildings 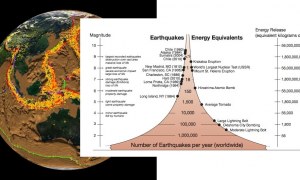 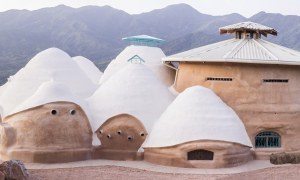