What is Chezy’s Formula for Open Channels? How to determine Chezy’s Constant?

Home / Fluid Mechanics /What is Chezy’s Formula for Open Channels? How to determine Chezy’s Constant?

The Chezy’s formula was given by the French hydrologist Antonie Chezy. He related the discharge (Q) of the water flowing through an open channel with the respective channel dimensions and slope of the bed.

The Chezy’s formula for determination of discharge of water in open channels and methods to determine the Chezy’s constant are briefly explained in this article.

For a steady uniform flow of liquid through an open channel, the rate of flow of fluid or the discharge is given by the formula:

This equation is called as Chezy’s Formula. Where, A is the area of flow of water, m is the hydraulic mean depth or hydraulic radius, ‘i’ is the slope of the bed and ‘C’ is the Chezy’s Constant.

In the above equation, the velocity is given by,

If ‘P’ is the wetter perimeter of the cross-section, then hydraulic mean depth or hydraulic radius is given by the formula, m = A/P;

The chezy formula is directly related to the:

The chezy’s constant ‘C’ is a dimensionless quantity which can be calculated by three formulas, namely:

This formula is developed in MKS units. The Basin formula is given by:

This formula is developed in MKS units as

From the above equation, the roughness coefficient is given by ‘N’ which is called as Kutter’s Constant. The value of Kutter’s constant is also dependent on the roughness of the surface.

The Manning’s formula is given by:

EDITOR
Neenu is a Civil and Structural Engineer and has experience in Design of Concrete and Steel Structures. She is an Author, Editor and Partner at theconstructor.org.
Previous article Losses of Water in the Canal System
Next article Continuously Reinforced Concrete Pavement – Characteristics, Construction, and Comparison 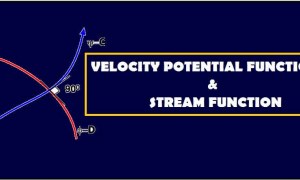 What is Velocity Potential and Stream Function? 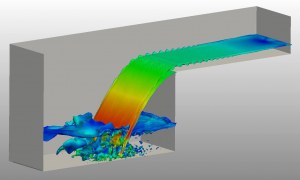 What is Velocity and Acceleration of a Fluid Flow?