What are the Foundation Design Requirements?

There are many design requirements that foundation structure need to met in order to perform its function adequately and serve its purpose. For instance, it should be strong enough to minimize differential settlement and should be able to safely support and transfer combination of various loads like dead load, live load, environmental load, and exceptional loads such as strong earthquakes to the subsurface soil layer.

The settlement of foundation needs to be contained within tolerable limit specified by applicable standards in order to prevent structural damage or dysfunction of the building. Moreover, the depth of foundation should be adequate to avoid the detrimental ground movements such as shrinking, swelling, and freezing. Additionally, it should have sufficient safety factors against forces that tend to overturn and/or slide the foundation structure.

Furthermore, due to the fact that it is in direct contact with soil, the foundation should be able to withstand attacks of aggressive agents in subsurface soil. Finally, the foundation basically holds the structure up so it would not sink in the supporting ground.

EDITOR
Madeh is a Structural Engineer who works as Assistant Lecturer in Koya University. He is the author, editor and partner at theconstructor.org.
Previous article Excavation Hazards- Effects and Prevention Measures
Next article Safe Bearing Capacity values of Different Soils 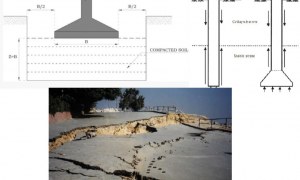 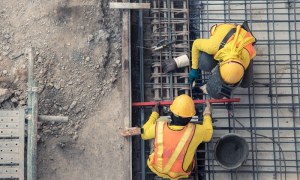