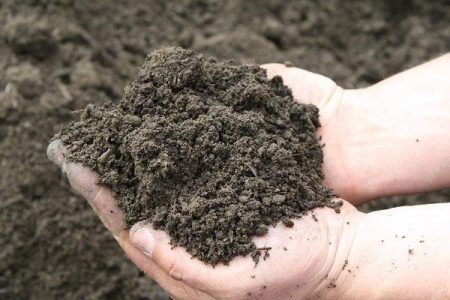 Moisture content of soil is defined as the ratio of mass of water to the mass of solids present in the soil sample. It is represented by “w”.

Dry density of soil is defined as the ratio of Mass of solids to the total volume of the soil. It is represented by

To obtain relationship between the moisture content and dry density, multiply the numerator and denominator of expression of dry density with “M” which is mass of soil sample.

Mass of the soil (M) is nothing but the addition of Mass of solids (Ms) and Mass of water (Mw).

Generally dry soil contains soil particles which are not in contact with each other and when we try to compact this type of soil without water tit becomes stiff and cracks and gaps will be formed. When we added water to it, the water forms a thin film around the each soil particle and this film helps the particles to contact with each other. Thereby the soil becomes denser under compaction.

If water is added beyond the optimum moisture content, the water will occupy the extra space since there is no air volume and dry density will reduce. This change in dry density values with respect to water content is shown by the compaction curve below. 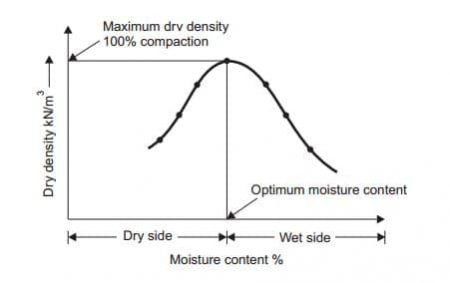 Compaction curve is plotted by taking moisture content on x-axis and dry density on y-axis. Required amount of soil is collected from the field and compaction test performed in the laboratory. 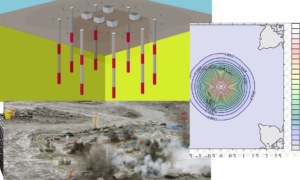 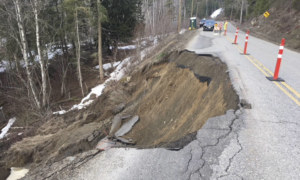