Liquid penetration test of the weld is the most common non-destructive test, for it is economical, versatile, and requires less training as compared to other ND tests.

‘Liquid Penetration test’ checks for the material flaws on the surface of structural steel. This test can be used on ferrous and nonferrous metals and non-porous, non-metallic material as well.

A suitable liquid penetrant is applied to the surface that is to be tested and is permitted to remain there for sufficient time to allow the liquid to penetrate into any defects open at the surface.

As the penetrant is drawn out, it diffuses into the coating of the developer, forming indications of the surface discontinuities or flaws.

This test is a very effective method for determining the location of surface-breaking and slightly sub-surface defects such as cracks, pores, cold lap, lack of sidewall fusion in welds, etc. in magnetic materials.

The part that is to be tested is magnetized with the help of some magnetizing system and then some magnetic particles are applied on the test surface. The magnetic lines of force travel perpendicular to the direction of the electric current.

The presence of surface or subsurface discontinuity allows the magnetic flux to leak. These leakage fields attract the magnetic particle, which is applied to the test surface.

The accumulation of particles on the surface indicates a flaw or discontinuity in the test surface.

Ultrasonic thickness gauging helps inspect the thickness of structural steel. Thickness measuring is essential across many industries to monitor corrosion, erosion, and damage.

Detection of metal loss caused by corrosion, erosion, or damage is vital to ensure the continued safety and operation of the inspected item/structure.

An ultrasonic thickness gauge works by precisely measuring how long it takes for a sound pulse that has been generated by a small probe called an ultrasonic transducer to travel through a test piece and reflect back from the inside surface or far wall.

From this measurement, the thickness of the test piece is calculated and displayed on a digital screen.

4. Ultrasonic Test of Weld and Plates

Ultrasonic pulse waves are very directional, and they will travel through a medium that is being tested until they encounter a boundary with another medium (like air). At this point, they reflect back to their source.

By analyzing these reflections, it is possible to measure the thickness of a test piece or find evidence of cracks or other hidden internal flaws.

This test can be conducted on welds and structural steel sections to detect any flaws in the material.

AUTHOR
Kavita Pai is a Civil Structural Consultant and Author practicing in Pune. She has over a decade of experience in structural designing of various RCC and Steel buildings. She is also visiting faculty at a premier institute in Pune.
Previous article Ultra-high-Performance Concrete: Characteristics, and Applications
Next article What is Spiral Staircase? 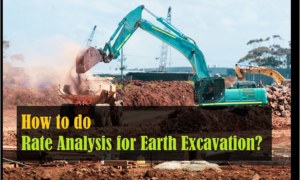 How to Perform Rate Analysis for Earth Excavation? [PDF] 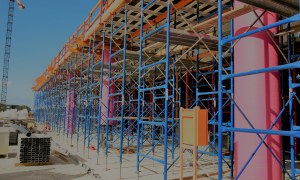 What are the Safety Measures followed for Formwork installation? [PDF]