Determination of Standard Consistency of Cement

Home / How To Guide /Determination of Standard Consistency of Cement

Determination of Standard Consistency of Cement

The vicat apparatus consists of a frame having a movable rod with a cap at one end and at the other end any one of the following attachment, which are interchangeable:

It is of polished brass 10 ± 0.05mm in diameter with a projection at the upper end for insertion into the movable rod. The lower end is flat.

Movable rod carries an indicator which moves over a graduated scale attached to the frame (certain models have an additional attachment of dash pot, which facilitates lowering of movable rod slowly).

Graduated scale is 40mm in length and the smallest division of scale is 1mm.

The split type vicat mould is used as an alternative to single mould. This mould consist of a split ring having an internal diameter 80+/- 0.1mm and a height 40+/_0.5mm. A non-porous base plate is provided. The split mould is provided with a suitable clamping ring. 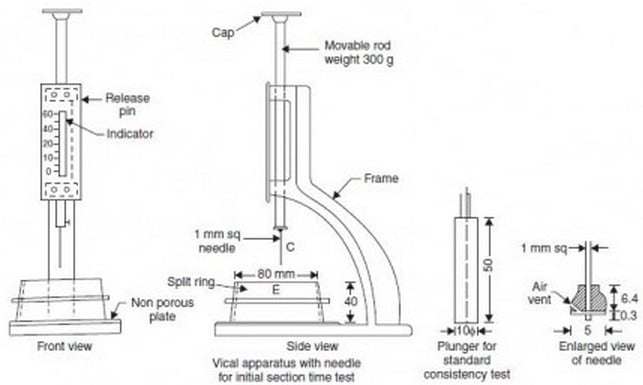 Procedure for Standard Consistency of Cement

Points to be Noted

ADMIN
Gopal Mishra is a Civil Engineer from NIT Calicut and has more than 10 years of experience in Civil Engineering and Construction. He is the founder of The Constructor.
Previous article Characteristics of Beams for Its Analysis and Design
Next article Initial Setting Time of Cement as per IS 4031, IS 269 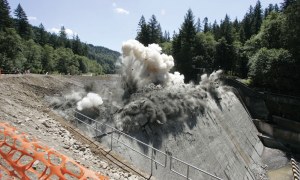 How to Carry out Controlled Blasting of Rocks? [PDF]