Subgrade and Subbase for Concrete Slabs

Subgrade and subbase are the foundation of a concrete slab and play critical role in its performance. According to the ACI Code, the subgrade is a compacted and improved natural soil or brought infill whereas subbase is a layer of gravel placed on the top of the subgrade.

Both subgrade and subbase shall be constructed according to design requirement so as to offer the expected performance. They must be well drained, dry at the time of concrete placement, and provide uniform support for the weight of the slab and anything placed on the slab.

If a floor slab is constructed on unstable subgrade or subbase, then the concrete placed may get wasted during construction and concrete slab is highly likely to suffer from settlement after construction. Therefore, substantial cautions shall be practised while subgrade and subbase are placed.

Subgrade and Subbase for Concrete Slabs

The subgrade is considerably significant for concrete slab since concrete slab load and imposed loads are supported by subgrade. When required, Concrete slab can be placed on the top of natural soil without the need for extra layers provided that it is clean and compactable. In this case, the only problem would be the improper drainage of the soil.

If the soil is wet due to rain or any other reason, then it cannot be compacted and flatted properly and suitable grade cannot be obtained. 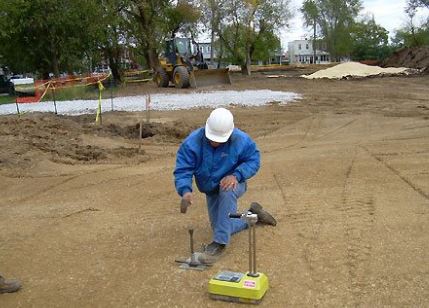 The organic soil is the least desirable because it cannot be consolidated and hence shall be removed from the site. Granular soil offers ultimate load carrying capacity and can be compacted easily.

Cohesive soil does not provide bearing strength as much as granular soil. additionally, it may suffer from shrinkage and settlement and hardly compacted when it is wet. Finally, cohesive soil requires great effort to make it suitable for subgrade of concrete floor.

Generally, a weight of 15cm thick concrete slab is around 3.6 KN/m2, and live load imposed on concrete, According to International Residential Code, ranges between 0.96KN/m2 and 2.9 KN/m2. Consequently, the total load imposed on subgrade is around 6KN/m2.

Nonetheless, the subgrade shall be uniform so as to avoid crack development in the slab due to bending. This may be achieved by recognizing cut and fill areas and compacting subgrade properly.

Commonly, all types of soil whether it is natrual soil or brought infill used for subgrade of concrete slab need certain degree of improvement, and the following methods can be used to achieve that purpose:

Subbase is a layer of gravel, which is fairly cheap material, placed on top of subgrade. The subbase placement is optional and it serves as a work platform for construction of the slab and provide more uniform support for the slab.

As the thickness of subbase increases, the ultimate load carrying capacity of slab increases. Therefore, the designer shall select thick subbase if the imposed load is large.

Apart from carrying slab load, subbase interrupts capillary and prevent water to move upward from groundwater into the slab. 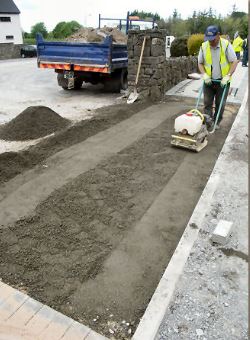 5. Materials for Subgrade and Subbase Construction

6. Saturated or Frozen Subgrade and Subbase

It is possible that subbase and subgrade get saturated due to rains or freezing conditions before concreting is started. In that case subbase would turn into a soft layer which might not be suitable to support concrete.

The suitability of subbase for supporting concrete is checked by proof rolling. It involves driving across over the subbase right before the beginning of concreting. If the tires sink more than 12.7mm, then the subbase needs improvement and shall be recompacted. 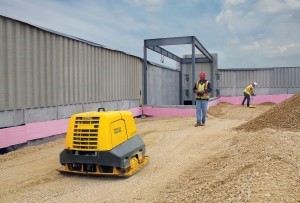 Quiz on Subgrade and Subbase of Concrete Slab

Madeh is a Structural Engineer who works as Assistant Lecturer in Koya University. He is the author, editor and partner at theconstructor.org.