What are the Effects of Earthquake on Structures?

Home / Earthquake Engineering /What are the Effects of Earthquake on Structures?

Earthquake is the most dangerous natural phenomenon that generates sizable destruction in structures. It is reported that two sources of mistakes which would seriously endanger structures are ignoring the ways an earthquake affects buildings and shoddy construction practices.

That is why a proper understanding of the seismic effects on a structure is extremely important, and designers and contractors should consider the influence of seismic forces on buildings in order to be able to set prevention measures against failures and collapses.

As earthquake hits structures, it generates inertia forces which could be greatly destructive causing deformations and, horizontal and vertical shaking. These effects are discussed and presented below.

What are the Effects of Earthquake on Structures?

The tendency of the roof structure to remain at its original position is called inertia. The inertia forces can cause shearing of the structure which can concentrate stresses on the weak walls or joints in the structure resulting in failure or perhaps total collapse. Finally, more mass means higher inertia force that is why lighter buildings sustain the earthquake shaking better.

2. Effect of Deformations in Structures

When a building experiences earthquake and ground shaking occurs, the base of the building moves with the ground shaking. However, the roof movement would be different from that of the base of the structure. This difference in the movement creates internal forces in columns which tend to return the column to its original position.

Earthquake causes shaking of the ground in all the three directions X, Y and Z, and the ground shakes randomly back and forth along each of these axis directions. Commonly, structures are designed to withstand vertical loads, so the vertical shaking due to earthquakes (either adds or subtracts vertical loads) is tackled through safety factors used in the design to support vertical loads.

However, horizontal shaking along X and Y directions is critical for the performance of the structure since it generates inertia forces and lateral displacement and hence adequate load transfer path shall be provided to prevent its detrimental influences on the structure.

Proper inertia force transfer path can be created through adequate design of floor slab, walls or columns, and connections between these structural elements. It is worth mentioning that the walls and columns are critical structural members in transferring the inertial forces. It is demonstrated that, masonry walls and thin reinforce concrete columns would create weak points in the inertia force transfer path.

Apart from the direct influences of earthquakes on a structure which are discussed above, there are other effects such as liquefaction, tsunami, and landslides. These are the indirect effects of strong earthquakes that can cause sizable destruction.

EDITOR
Madeh is a Structural Engineer who works as Assistant Lecturer in Koya University. He is the author, editor and partner at theconstructor.org.
Previous article Materials for Repair of Concrete Structures – Types and Selection Criteria
Next article What are the Bases of Plastic Analysis of Beams and Portal Frames? 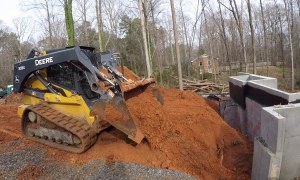