Machine Foundation is subjected to dynamic loads. These loads develop the vibratory motions which will transmit into the soil below the foundation. The effect on soil caused by these vibrations is analyzed using principles of soil dynamics and theory of vibrations.

Types of Vibrations in Machine Foundation

There are two types of vibrations in machine foundation: 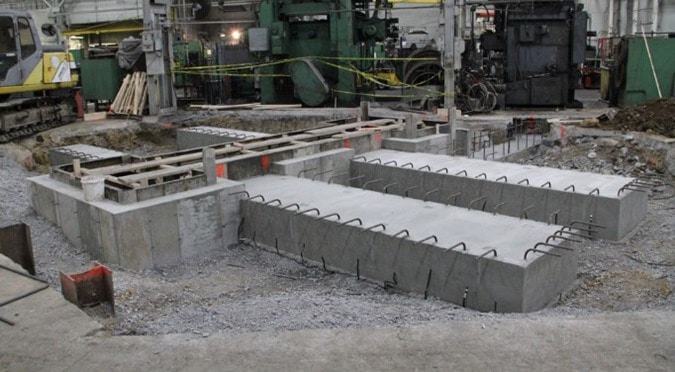 Forced vibrations occur with continuous external forces on machine foundation. Let us say a damped system is subjected to exciting force F(t). The equation of motion can be written as

Let us say a machine foundation is rest on soil mass. Now the mass of machine and foundation acts downwards together and it is say mf which acts at the center of gravity of the system. The mass of soil which acts upwards is say ms. the elastic action of soil due to vibration of system is dependent of stiffness k. Resistance against motion is dependent of damping coefficient c.

So, these three mass, stiffness and damping coefficient are required to complete the analysis of machine foundation. Determination of above parameters is explained below. 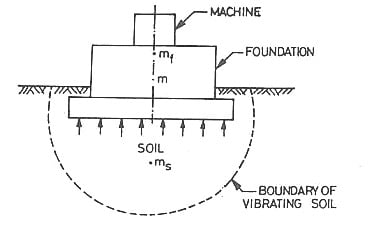 mf = mass of the foundation

The stiffness is dependent of type of soil below the foundation, embedment of foundation block and contact pressure distribution between soil and foundation. Stiffness is derived from the following methods.

In the laboratory, a tri axial test with vertical vibrations is performed and modulus of rigidity is obtained. From this young’s modulus is determined with the help of Poisson’s ratio.

The stiffness can also be derived from the formula proposed by Barkan which is given below.

A plate load test is conducted in the field and determine the stiffness of soil as slope of the load-deformation curve.

B = width of foundation

When the vibration energy dissipates from the soil, damping occurs. The main reasons to develop damping is internal friction loss due to viscous effects and hysteresis, radiational losses due to propagation of waves through soil.

EDITOR
Sadananda is a Civil Engineer and is an Author, Editor and Partner of The Constructor since 2016.
Previous article Theodolite Parts and its Functions for Angle Measurements in Surveying
Next article Design of Flexible Pavement by Semi Empirical Method 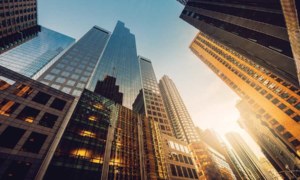 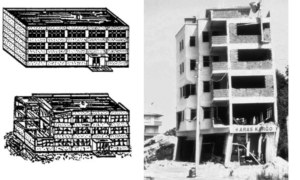