Steel chimneys are structures with tall, slender and tapering with circular cross sections. They are ideally suited for process work where a low thermal capacity required and short heat-up period. This article presents different types of steel chimneys are their designs.

Types of steel chimney structure fallen under two main category which include:

When the lateral forces (wind or seismic forces) are transmitted to the foundation by the cantilever action of the chimney, then the chimney is known as self-supporting chimney.

The self-supporting chimney together with the foundation remains stable under all working conditions without any additional support.

The self-supporting chimneys are made up to 10 m diameter and from 50 m to 100m in height. 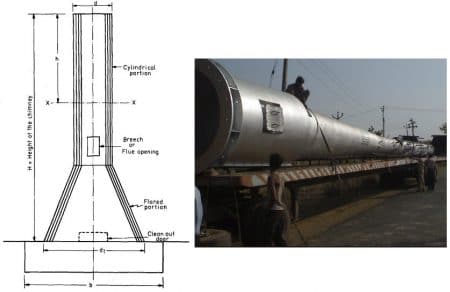 In guyed steel chimneys, all the externally applied loads (wind, seismic force, etc.) are not totally carried by the chimney shell. These attached guys or stays share these applied loads.

These guys or stays ensure the stability of the guyed steel chimney. These steel chimneys may be provided with one, two or three sets of guys. In each set of guys, three or four or sometimes six wires are attached to the collars. 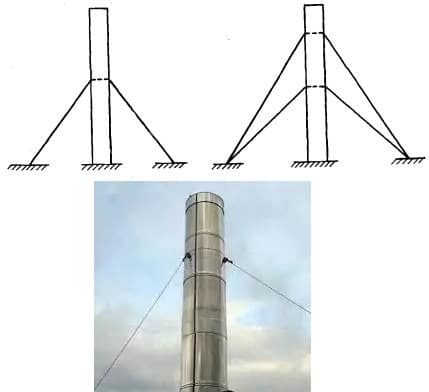 Factors considered for selection of steel chimney type are as follows: 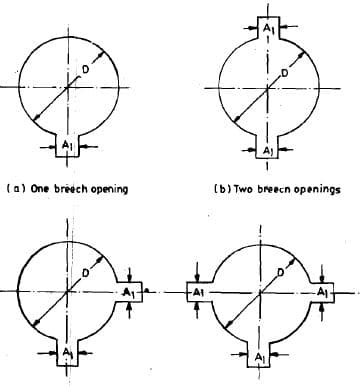 Base Plate of Steel Chimney

The width of steel plate should be adequate to transmit the compressive stresses to the foundation.

The self-weight of steel chimney, Ws acts vertically and expressed as:

h: Height of steel chimney above the section XX in meters

The compressive stress in the steel plates at the section due to the self weight of chimney is equal to the 0.079 tome chimney section height.

The weight of the lining in the steel chimney WL, also acts vertically. The thickness of brick lining may be assumed as 100 mm.

The wind pressure acts horizontally and depends on the shape, width, height, location of the structure, and the climatic condition.

The wind pressure per unit area increases with the height of the structure above the ground level.

In order to simplify the design, the steel chimney is divided into number of segments of equal height. Each segment may be kept equal up to 10 m.

K: Shape factor. It accounts for the shape of the structure; the shape factor for cylindrical portion is 0.7.

d’:  Outer diameter of the chimney

The seismic forces act horizontally on a structure. The following load combinations for calculations of stress at any point of steel chimney are considered:

The worst combination out of the effect due to seismic (earthquake) forces and wind effect is only taken into consideration.

The wind force acts as uniformly distributed load on the self-supporting steel chimney. For the purpose of determining bending moment at any section of steel chimney, the wind force is assumed to act at the middle height above the section.

The bending moment due to wind at a section, h metres below the top:

Stress on the extreme fibre of steel chimney due to wind is equal.

Bending Stress on Steel Chimney Due to Wind

The bending stress, fw at the extreme fibre of steel chimney due to overturning moment Mw is expressed as:

IS: 6533-1971 ‘Code of Practice for ‘Design and Construction of Steel Chimney’ recommends the value of section modulus of steel chimney ring with no breech opening as below.

The permissible stresses in steel chimney in axial tension, shear and bearing shall be adopted as specified in IS: 800-1984. The allowable stresses in axial compression and in bending from the table of IS 6533.

ADMIN
Gopal Mishra is a Civil Engineer from NIT Calicut and has more than 10 years of experience in Civil Engineering and Construction. He is the founder of The Constructor.
Previous article Raft Foundations – Types and Advantages
Next article ADVANCED COMPOSITE MATERIALS (ACMs) 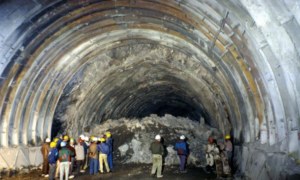