What are Types of Foundation Failure Under Loads?

Home / Structural Engineering / Foundation Design /What are Types of Foundation Failure Under Loads?

Types of foundation failure depend on the load it is subjected to. A foundation can fail in three different ways under loads.

Types of Foundation Failure Under Loads

Following are the different types of failure of foundations:

The above three modes of foundation failure should be checked during design stage of concrete foundation for the given load.

Guidelines provided by standard codes of practice should be followed so that foundation does not fail in any of the failure types as mentioned under any possible load combinations when structure is occupied.

Types of foundation failure are discussed in detail below:

Punching shear failure is also known as diagonal tension failure of foundation. In this mode of failure, foundation fails due to formation of inclined cracks around the perimeter of the column.

The critical section for punching shear failure is taken at d/2 from the face of the column, where d is the effective depth of footing.

To avoid punching shear failure, the ultimate upward shear force at this section in the foundation should be less than the shear resistance of concrete for the given percentage of concrete.

Additional reinforcement should be provided to resist punching shear in case of shear resistance of concrete with reinforcement provided is not sufficient.

The failure of foundation in this mode appears as truncated cone or pyramid around the column, stanchion or pier as shown in figure below: 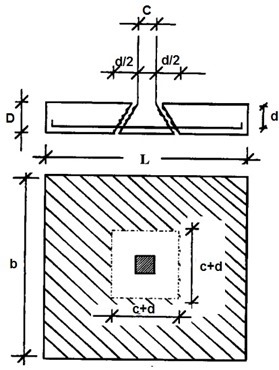 Foundations in one-way shear failure fails in inclined cracks across full width of the footing that intercept the bottom of the footing slab at a distance d from the face of the column (called critical section), where d is the effective depth of footing slab.

In case where steel base plate is used under column directly on the footing slab, the distance d is measured from a line halfway between the face of column and the edge of the base plate.

To avoid one-way shear failure of foundations, the shear stress at the critical section of footing should be less than the shear strength of concrete with given percentage of reinforcement used.

One way shear failure of footing is shown in figure below: 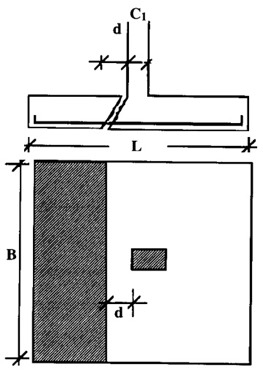 During design of footing, Mu/bd2 is calculated to get the percentage of reinforcement for the moment the foundation is exposed to. Mu is the ultimate or factored moment; b is the width of footing.

The critical section for flexure is considered at distance d from the face of footing. The standard codes takes care of flexure failure during design by providing percentage of reinforcement required to resist the bending moment.

But in case, when bending moment increases in footings, the footing fails as shown in figure below: 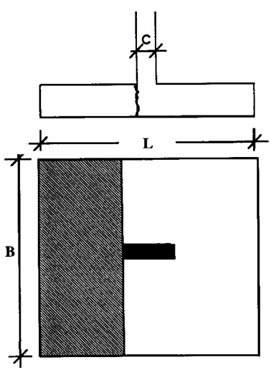 ADMIN
Gopal Mishra is a Civil Engineer from NIT Calicut and has more than 10 years of experience in Civil Engineering and Construction. He is the founder of The Constructor.
Previous article DESIGN PRINCIPLES OF EARTH DAMS
Next article Soil Nailing Technique, Its Types, applications, and installation considerations 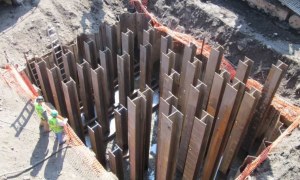