It is a bridge in which the main beams comprise girders in the shape of a hollow box (rectangular or trapezoidal shape). The box girder normally comprises either prestressed concrete, structural steel, or a composite of steel and reinforced concrete.

A box girder is formed when two web plates are joined by a common flange at both the top and the bottom. The closed cell which is formed has a much greater torsional stiffness and strength than an open section and it is this feature which is the usual reason for choosing a box girder configuration.

To reduce the dead load, unnecessary material is removed out of section, this results in the shape of box girder or cellular structures, depending upon whether the shear deformations can be neglected or not.

Span range is more for box girder bridge as compared to T-beam Girder bridge resulting in comparatively lesser number of piers for the same valley width and hence results in economy. Box girders are rarely used in buildings, but they may be used in special circumstances, such as when loads are carried eccentrically to the beam axis.

Box girders are more suitable for larger spans and wider decks. Economy and aesthetics further lead to the evolution of cantilevers in top flanges and inclined webs in external cells of box girder. The dimension of the could be controlled by prestressing.

As the span and the width increase, the beams and bottom slabs are to be tied to keep the geometry which in turn leads to evolution of box girder. It can be used for spans up to 150m depending upon the construction methods. Cantilever method of construction is preferred most.

Box girder bridges may be cast in place using falsework supports, removed after completion, or in sections in case of a segmental bridge. It may also be prefabricated in a fabrication yard, then transported and installed using cranes.

Another method of box girder bridge construction is the incremental launching. Under this method, gantry cranes are often used to place new segments onto the completed portions of the bridge until the bridge superstructure is completed.

Madeh is a Structural Engineer who works as Assistant Lecturer in Koya University. He is the author, editor and partner at theconstructor.org.
Previous article Splitting Tensile Strength of Cylindrical Concrete specimen
Next article BEHAVIOUR OF BOX GIRDER BRIDGES 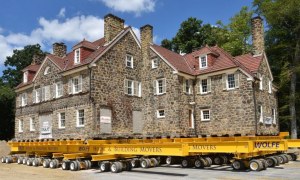 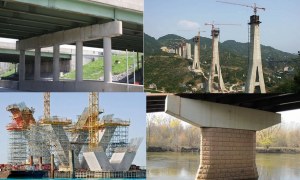