The design of irrigation canal system requires the knowledge of some of the important terminologies and definitions associated with the command area of irrigation, the irrigation intensity and the intensity of cropping.

Each term is explained one by one briefly in this article.

Also Read: What is Canal Irrigation? Features and Advantages

The gross command area is the total area bounded within the irrigation boundary of the project that can be irrigated economically without bothering about the limitation of quantity of water available.

A doab is an area between two drainages. When a canal system lies on a doab, the irrigation is economical. Here, the gross command area is the area enclosed by the drainages on both the sides and hence G.C.A forms the geographical area of the doab.

It is not necessary that 100 percent of C.C.A is cultivated. Hence C.C.A can be classified as:

C.C.A is generally taken as 80 percent of GCA if adequate data is not provided.

The percentage of C.C.A which may be irrigated annually is called as the annual intensity of irrigation (AII). This may include the irrigation of two or more crops.

Area to be Irrigated

There are situations when in a year, two or more crops are grown during a particular year in the same area in two seasons. Hence, this area is sown more than once in a year. Then,

The time factor is defined as the ratio of actual operating period of a distributary to the crop period. This factor is to check the danger of over-irrigation which can result in water clogging and high salinity.

The capacity factor is defined as the ratio of mean supply discharge in a canal during a period to its design full capacity.

The design duty at the head of the canal is called a full supply coefficient. It is also called as the number of hectares irrigable per cumec of the canal capacity at its head. Hence,

The full supply coefficient is also called as Duty on Capacity.

The ratio of area actually irrigated by the cultivators to the mean supply discharge let out at the outlet of the distributary over the crop period is called as Nominal Duty.

Where, x is the crop ratio, Ak is the Area grown in Kharif season, AR is the area grown in Ravi season and A is the total area of crop irrigated.

EDITOR
Neenu is a Civil and Structural Engineer and has experience in Design of Concrete and Steel Structures. She is an Author, Editor and Partner at theconstructor.org.
Previous article SuperAdobe – History, Construction, and Advantages
Next article Losses of Water in the Canal System 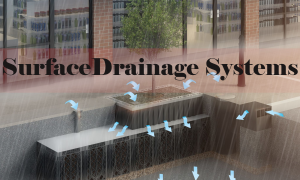 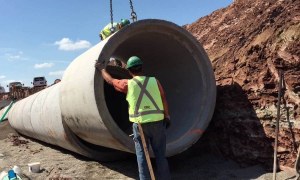