A load bearing structure has the components of a building which carries and transfers the load to the ground safely. This structure guarantee stability of the building and its performance. Commonly walls, columns, beams, foundation

Understanding the structural principles of load bearing structure is the fundamentals required for the design process and bring up the design solution. This will help in coming up with suitable materials and construction techniques. 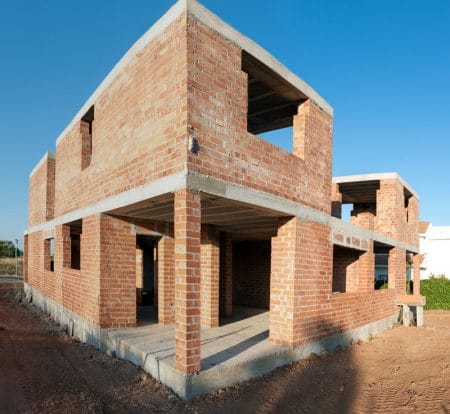 The load-bearing structures is determined by the following analysis process:

Load Bearing Components of a Building

The main load-bearing structural elements are:

A load bearing wall transfers the loads form slabs above it to the foundation. These walls can be made of concrete, masonry or block materials. Most of the exterior walls of a building structure are considered as load bearing.

Removal of load bearing wall as a part of renovation must be conducted only after providing alternative support for the above-supported structures.

Beam forms one of the primary load-bearing component of structure which can be made from wood, concrete or metal. It is a primary member utilized to take the load on the building. The capacity of load bearing depends on the depth and width of the beam element.

Beam is subjected to higher amount of shear and compressive force as they have high amount of internal and external forces.

The structural columns are one of the important elements in a structure which have effective role in the transmission of dead and live loads to the foundation that the building structure is subjected to.

Trusses are load-bearing elements that supports the roof elements in building structure. The roof loads are uniformly transmitted to the truss. The truss is subjected to tension and compression forces. The trusses are not subjected to any kind of moments.

In case, of Load bearing, structural system the path followed is

Neenu is a Civil and Structural Engineer and has experience in Design of Concrete and Steel Structures. She is an Author, Editor and Partner at theconstructor.org.