What are the Different Types Of Excavators? [PDF]

Apart from foundations, other works such as building and road construction, demolition, mining, etc. need excavators for digging trenches and lifting away soil and other materials. Depending on the type and volume of work to be done, small or heavy-duty excavators can be employed.

A typical excavator has three main components; an undercarriage for mobility, a 360-degree rotating cabin, and hydraulic articulated arms with a bucket. Excavators are classified on the basis of the carriers and working mechanism.

Classification Based on Carriers

Based on the carriers they are mounted upon, excavators can be of 4 types:

These excavators have rubber tires and can move without external propulsion at a speed of 10 to 30 km per hour. The self-propelled excavator has one engine and a cab.

4. Excavators mounted on a barge/ rail

The excavators mounted or a barge or a rail are used for excavation works near the railway lines or in water.

Based on the working mechanism

Technological advancements have been able to boost productivity and enhance the functions of an excavator. Excavators could be either hydraulic or mechanical. Amongst the two, the hydraulic excavators are more popular for efficient mobility and productivity.

Hydraulic Excavators are known for providing smooth and shock-free operations while digging. They have a rotating superstructure and need a slightly larger engine than the cable-operated excavators to facilitate easy operation.

The digging action in hydraulic excavators is backed by hydraulic motors and cylinders that can be controlled with hydraulic pumps or valves. Soil or dirt could lead to the erosion of the pumps/valves and hamper productivity. Thus, oil filtration needs to be done from time to time.

Multipurpose attachments for various jobs such as laying pipes, excavating drains, removing trees, etc. and that of backhoes, boom lift cranes can be fitted on a hydraulic excavator.

A backhoe loader or excavator-loader is a digging and loading machine. The rear digging arm of the backhoe loader has a bucket that can be operated hydraulically. The front has a loader bucket. Adding attachments can improve the functionality of the excavator loader.

The bucket-wheel excavators are preferred for mining work. It has a digging wheel with buckets mounted on a boom that can be adjusted vertically.

Trenching machines can quickly dig trenches and give better accuracy in terms of depth and width. A suitable speed can be chosen for any job as the machine is crawler-mounted with a wide range of speed. Wheel-trenchers and Ladder-type trenchers are the two types of trenching machines.

Power shovel is also known as dipper shovel. This equipment is better for close range works and can dig very hard materials like hard rocks and remove big boulders. Accurate digging and dumping can be done with the power shovel over the machine’s base level.

It is also known as hoe, and it gets this name due to its resemblance with a garden hoe digging mechanism. The drag-shovel is used in quarries where tough digging conditions prevail as the machine has the potential to penetrate the toughest materials.

The salient feature of a dragline is to drag the bucket against the material that is to be dug. The long boom facilitates digging and dumping over a long distance. Materials can be dug below the dragline’s track level. This machine is capable of handling softer materials only.

Clamshell has the properties of both, a crane and a dragline. The bucket has a shape similar to a clam fish and has two shells hinged together. Thus, the name clamshell.

It digs like a dragline and lifts the filled bucket like a crane. This machine can handle soft/ loose and medium-hard materials. Even though accurate spot dumping of material can be done in a vertical plane, its efficiency is less due to its slow operation.

Dredgers are very effective when excavation is to be carried out in lakes, riverbeds, and sea. This machine can perform the dredging operation standing on one bank, unlike the clamshells or draglines. Dipper dredger, ladder dredger, and suction dredger are types of dredging excavators available in the market.

What is an excavator?

An excavator is an earth-moving equipment used for digging trenches and lifting away soil and other materials.

What is the weight of an excavator?

The weight of an excavator varies as per its type. A standard-sized excavator weighs between 7 to 45 metric tons.

What are the different types of excavators based on carriers?

The types of excavator based on the carriers are: Crawler-mounted, Truck-mounted, Self-propelled and excavators mounted on a barge or rail.

AUTHOR
Manya is a Project Management Professional. She is an IGBC AP and postgraduate in Project Engineering and Management from NICMAR,Pune. 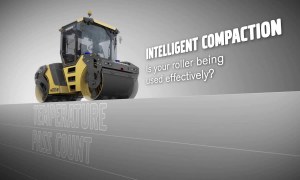