What is the Contract Labour Act? [PDF]

The Contract Labour (Regulation and Abolition) Act, 1970, was brought about to regulate employment, prevent exploitation, and improve working conditions for contract labour in India.

Workers hired by or through a mediator to work for an establishment are referred to as contract labour. As per the act, “a workman will be deemed to be employed as a ‘contract labour’ in connection with the work of an establishment, when he/she is hired in connection with such work by or through a contractor, with/without the knowledge of the principal employer.”

Contract labour is different from direct labour as their relation with the establishment and the method of wage payment differs. The principal employer remunerates the contractor that hires the workmen, who further distributes the wages among the labourers.

In the Building and other Construction Workers Act, 1996, it has been cited that a ‘building worker’ can be hired through a contractor to carry out skilled, unskilled, and other works. Furthermore, the construction workers employed by a contractor usually have a diverse range of skill set and can be engaged in activities that require manual labour in the real estate as well as the infrastructure sector.

The Contract Labour Act applies to:

The principal employer and the contractor have to register the establishment and apply for license, respectively. In case there is any change, it has to be reported to the concerned officials within 30 days.

The Contract Labour Act does not apply if:

Liabilities of the Principal Employer and Contractor

The Contract Labour Act lays down a few joint and individual responsibilities for the principal employer and the contractor:

If the establishment fails to produce any document demanded by an inspector, the person-in-charge could face imprisonment for up to 3 months or a fine of Rs. 500, or both.

In case of violation of the act, the convict would be punished with imprisonment for up to 3 months or with a fine of up to Rs. 1000, or both.

The Contract Labour (Regulation and Abolition) Act, 1970, was brought about to regulate employment, prevent exploitation, and improve working conditions for contract labour.

? In which activities contract labour is prohibited?

There is no prohibition of contract labour in any activities unless notified by the government.

? Who is a contract labour in india?

As per the Contract Labour (Regulation and Abolition) Act, 1970, a workman will be deemed to be employed as a ‘contract labour’ in connection with the work of an establishment, when he/ she is hired in connection with such work by or through a contractor, with/  without the knowledge of the principal employer.

AUTHOR
Manya is a Project Management Professional. She is an IGBC AP and postgraduate in Project Engineering and Management from NICMAR,Pune.
Previous article How to Perform Rate Analysis for Earth Excavation? [PDF]
Next article What are the Different Types Of Excavators? [PDF] 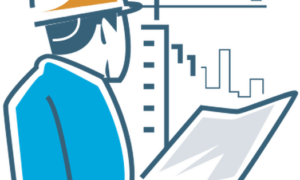