Collapsible soil can prove to be problematic for structures due to its large settlement potential. It has a great capacity to withstand pressure with a small settlement but undergoes large, sudden, and sizable volume reduction as it gets wet.

Engineers should, therefore, find a suitable solution to tackle the problems associated with the collapsible soil. Sometimes, the removal of collapsible soil is a good option when the thickness is low.

However, if the soil layer is thick, it should be treated to decrease settlement potential; for example, compaction is one of the methods that can be used to work with the thickness.

How to Deal with Collapsible Soil Before Building Construction?

If the collapsible soil layer is thin, then the removal of the soil layer is the best solution. After that, compact the construction site during grading. The removed material is either placed back in several compacted layers or replaced with strong filler materials.

Sand or crushed stone is a suitable material for collapsible soil replacement. Not only does the new material increase the bearing capacity of the construction site, but it also decreases settlement possibilities substantially. The method is suitable for road pavement construction.

Chemical stabilization involves the modification of soil properties to reduce settlement potential. Cement, lime, or any other chemical additives that can react with soil can be used for collapsible soil treatment. The addition of fly ash to cement or lime would further improve soil stability.

Flooding trenches with solutions of sodium silicate and calcium chloride to stabilize the soil is possible. The material solution should reach the desired depth; otherwise, it would not be effective.

Flooding or forcing water through a collapsible soil layer is another solution to tackle its settlement. The soil layer would densify and reach equilibrium conditions as water moves through the soil. Flood or force water through wells into the building footprint to wet the soil layer.

Subsurface investigation is necessary to check the effectiveness of the solution technique. Prewetting should be used in combination with preloading or dynamic compaction to achieve the desired result.

Nonetheless, flooding or forcing water into collapsible soil should be avoided if there are structures around construction. The buildings adjacent to the construction site may get damaged.

What is Collapsible Soil?

It has a great capacity to withstand pressure with a small settlement but undergoes large, sudden, and sizable volume reduction as it gets wet. The collapsible soil is problematic for structures due to its large settlement.

What are the problems with collapsible soil?

The collapsible soil experiences great settlement as it gets wet. As a result, the foundation of a structure suffers significant settlement and may damage severely.

How is collapsible soil treated?

There are several methods for enhancement of collapsible soil bearing capacity, such as soil removal, chemical stabilization, pre-wetting, and selection of suitable foundation to bypass problems of this type of soil.

What type of foundation is suitable for collapsible soil?

The most suitable type of foundation for collapsible soil is deep foundation, especially when multi-story buildings are constructed.

When is soil replacement suitable for collapsible soil treatment?

The soil replacement method is considered when roads are constructed. Specific layer of the soil is removed and then replaced with strong fill materials.

EDITOR
Madeh is a Structural Engineer who works as Assistant Lecturer in Koya University. He is the author, editor and partner at theconstructor.org.
Previous article How will be the Construction Industry Post Covid-19?
Next article How to Reduce Waste and Loss of Materials at Construction Site? [PDF] 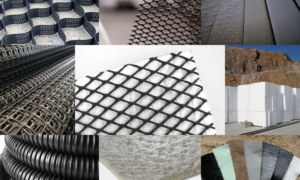