Home / How To Guide / Non-Destructive Tests /How to Perform Magnetic Particle Inspection? [PDF]

Magnetic Particle Inspection (MPI) is a popular non-destructive testing (NDT) method. MPI helps to detect surface and subsurface faults and discontinuities in ferromagnetic metals and their alloys such as nickel, iron, and cobalt.

Steel, automobile, petrochemicals, power, and aerospace industries often use MPI to determine a component’s fitness-for-use. A variety of castings, welding, and forgings can be inspected using MPI. In addition, underwater inspection of offshore structures and pipelines too can be done with the help of MPI.

In the construction industry, MPI can detect flaws of structural welds on storage tanks, bridges, and other safety-critical structures.

Magnetic particles that are used in MPI can be either a dry mix or a wet solution.

The diameter of dry magnetic particles ranges from 50 µm to 150 µm making it a mixture of both finer and coarse particles. The finer particles adhere to the flawed specimen easily while the coarser bridges the discontinuities reducing the dusty nature.

In terms of shape, a blend of both rounded and elongated particles should be selected. While the elongated particles easily align themselves in the direction of the force, the rounded particles flow freely. They are available in various pigments such as yellow, red, black, etc. to depict a high contrast between the particles and the specimen.

The wet magnetic particles are known to be more sensitive than the dry particles. Their smaller size (10µm and lesser) provides extra mobility as well as adherence. They are available in fluorescent shades in an oil or water suspension.

It is easy to apply the wet magnetic solution to a larger area. They offer protection against corrosion. Oil-based wet magnetic particles protect hydrogen embrittlement.

The surface of the test specimen must be clean and free from moisture, oil, or grease.

A layer of paint or rust often reduces the sensitivity of the test. But specifications allow up to 0.025 mm of the ferromagnetic coating or 0.076 mm of non-conductive coating on the specimen’s surface.

In some cases, a thin layer of coating has to be applied to the specimen. This enhances the contact between itself and the particles.

Sprinkle a thin layer of the crushed particles on the specimen.

While the magnetizing force is being applied, blow off the excess powder from the specimen’s surface gently. Diligently blow the air. The force of air shouldn’t blow off all the particles adhered to the magnetic flux leakage field.

The magnetizing force (electromagnet or electromagnetic field) generating the magnetic flux should be terminated. The permanent magnets can be left in place if being used.

Particles will cluster in the damaged/faulty area.

The preparation step is the same as that of dry magnetic particle inspection.

The surface has to free from impurities and other freely moving particles. Specifications allow a thin coating of non-conductive or ferromagnetic paint.

Gently spray/pour the suspended magnetic particles over the specimen.

Apply the magnetizing field immediately after pouring the suspended magnetic particles. Apply the current in two to three short bursts (1/2 second) in a horizontal inspection unit. This improves the mobility of the particles.

Particles will cluster in the damaged/faulty area. In the case of surface discontinuities, there will be a sharp indication. In subsurface flaws, the indication will be less defined. Infrared lights too can be used to get a better vision of the faults on the surface of the specimen.

This method detects minute discontinuities on smooth surfaces in a better manner. On rough surfaces, these are less effective than the dry magnetic particle inspection.

What is the basic principle of magnetic particle testing?

The principle of the method is that the magnetisation force is used to produce magnetic lines of force, or magnetic flux, in the test specimen

What is Magnetic particle inspection used for?

A variety of castings, welding and forgings can be inspected. Underwater inspection of offshore structures and pipelines can be done.

What is the standard used for magnetic particle inspection?

AUTHOR
Manya is a Project Management Professional. She is an IGBC AP and postgraduate in Project Engineering and Management from NICMAR,Pune.
Previous article Post-Pandemic View of Construction Sites [PDF]
Next article Properties of Materials for Underwater Concreting 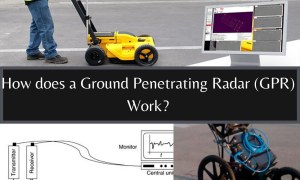 How does a Ground Penetrating Radar (GPR) Work? [PDF] 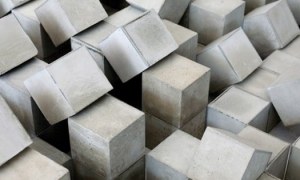 Standard Deviation for Compressive Strength of Concrete with Example [PDF]