Types of Openings in Walls, its Parts and Types of Lintels and Arches for Openings

Home / Structural Engineering /Types of Openings in Walls, its Parts and Types of Lintels and Arches for Openings

Openings in Walls and its Parts

Different part of the openings in walls such as opening head and jambs of openings and their limitations to preserve stability and strength of the wall will be discussed and explained in the following sections.

In solid walls, windows and doors opening jambs can be either rebated or plain.

The latter is employed for small section windows and door frame that is made from steel. It can be used for large sections where entire external face of frames is to be exposed externally.

It is advised to paint window and door frames that are created from soft wood. This is to protect the wood from rain influences, and the wood would swell and decay when it is wet.

Furthermore, it is architecturally desirable to hide all or part of window and door frames. Because not only does rebated openings jambs provide protection against weather but also it is more aesthetically appealing.

Figure-1 illustrates typical rebated of opening jambs. As it can be seen from the figure, rebated jambs openings consist of different components such as inner reveal, outer reveal, and threshold.

Reveal is used to describe the thickness of brickwork which appear at jambs of openings and rebated jamb separate outer and inner reveal. 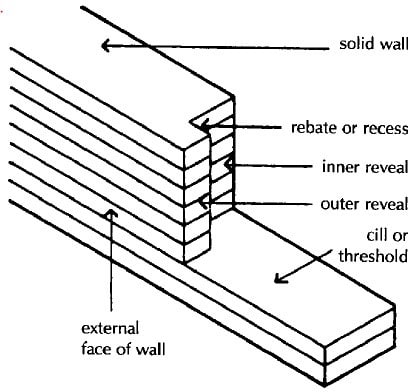 With regard to bonding of bricks at rebated jambs, similar to angles and quoins in brickworks, bricks have to be cut specifically to complete 1/4B overlap caused by bonding. Therefore, at jambs brick with 1/4B width on face need to be employed.

In case the outer reveal width is 1/2 and when is 1/4B deep, the bonding at one jamb is arranged as shown in Figure-2, and in every other brick course a header face and then a closer face of 1/4 wide need to appear at angle or jamb of the opening.

To avoid continuous vertical joint up the wall and producing 1/4 B deep rebate, two cut brick are required to employ. These cut bricks are beveled bat and king close as shown in Figure-2 and they are not specifically manufactured but cut from a brick.

Finally, there are two other bricks which are called beveled closer and are used behind stretcher brick to prevent vertical joint. 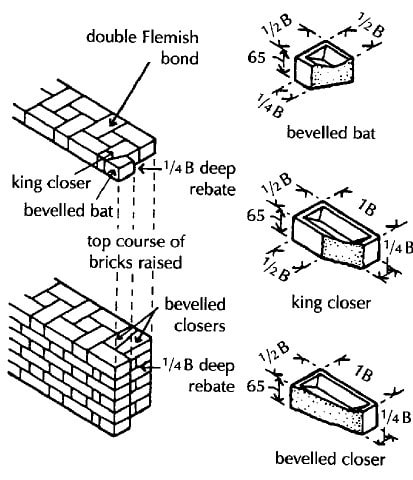 Head of Openings in Solid Walls

If the solid brickwork inside the triangle in a bonded wall is taken out the arching effect will take place which means the load of the wall above the triangle would be transferred to the bricks of each side of the opening.

Lintel is a term used for any single solid length of stone, timber, steel, or concrete and which is constructed above the opening to support the above brickwork as shown in Figure-3.

Lintels are capable of transferring load to the jambs if the lintel ends are built into the bricks properly. Moreover, the wall area on which the end of a lintel bears is called its bearing at ends.

As the width of opening is increase the load which is required to be transferred by lintels is increased and consequently its bearing at ends are needed to be must be larger. Furthermore, the depth of lintel is usually around 75 mm and its depth is commonly not smaller than 150 mm. 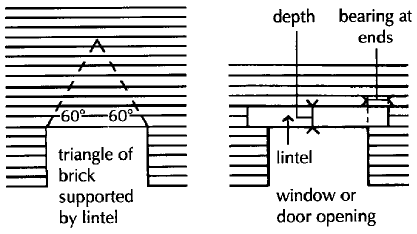 Types of Lintels and Arches for Openings in Walls

This type of lintel was employed to support loads over the opening of solid brickwork and were common up to the beginning of twentieth century. The application of timber lintels was decreased because it has no proper resistance against fire.

Concrete Lintels for Openings in Walls

These are economical and practical lintel types and can be casted in different shapes and forms. Concrete are considerably strong in withstanding crushing and will not deteriorate unless it exposed to weather.

The most outstanding disadvantage of concrete lintel is its low tensile strength for which steel bars are introduced to compensate concrete disadvantage.

The diameter of reinforcing steel for lintels of 1.8 m span is 10mm or 12mm diameters and the end of the bars should be either bent up at ninety degree or hooked as shown in Figure 4.

Concrete lintel can be either precast or in-situ but the former is more advantages because the latter needs molds and after the concrete is placed and after it hardens then loading the lintel is possible, and this is not the case in precast lintels.

The composite lintels are relatively thin precast lintels that are constructed over openings. If width of opening is higher than 1200 mm, the prestressed lintels have to be supported until the brickwork over is set in order to prevent excessive deflections.

The non-composite prestressed lintels are used when there is large loads and not adequate brickwork over to act compositely with the lintel.

Boot Lintels for Openings in Walls

These lintels are used to decrease the lintel depth which is exposed externally as shown in Figure-5. 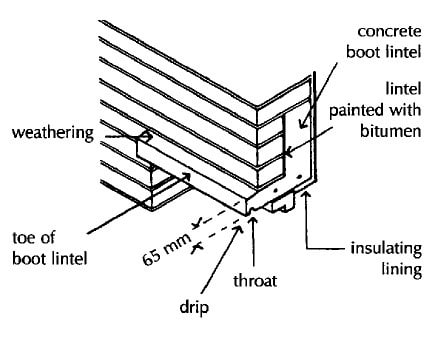 Prestressed steel lintels with different length and section are constructed to be used for standard openings, thickness of walls, height of brickwork course, and sufficient bearing at ends. 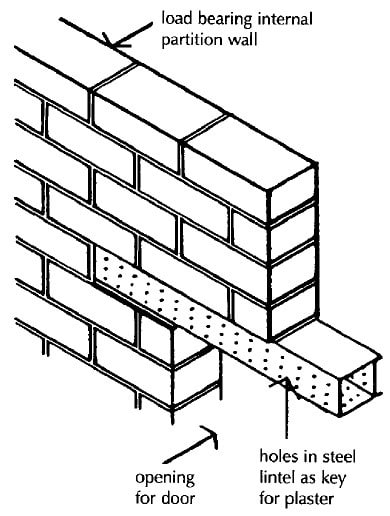 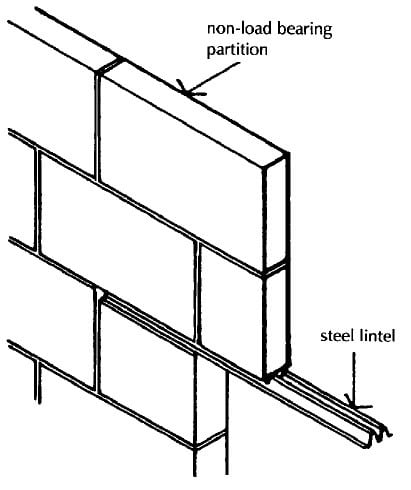 Brick lintels can be constructed as bricks on end, bricks on edge, and coursed bricks laid horizontally over openings as shown Figure-8. 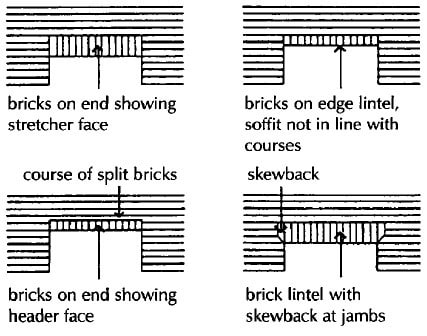 Brick Arches for Openings in Walls

different types of brick arches used over opening in solid walls are provided in the following sections.

This is the most beautiful, elegant, and efficient types of arch which is used above the small openings for windows and doors. The semicircular arch transfers load directly to the brick on each side of the openings. 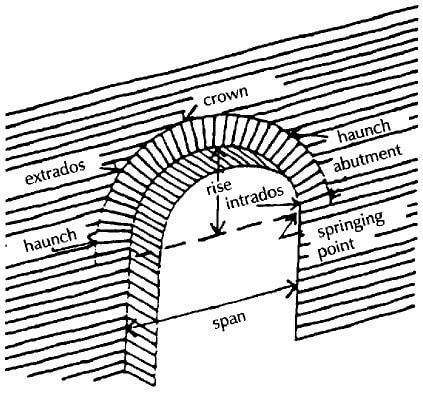 Rough and Axed Arch for Openings in Walls

Different Types of Lintels and their Uses in Building Construction

Types of Design Loads for Masonry Lintel with Calculations

EDITOR
Madeh is a Structural Engineer who works as Assistant Lecturer in Koya University. He is the author, editor and partner at theconstructor.org.
Previous article Methods of Testing Compressive Strength of Masonry
Next article Planning In-Situ Testing of Concrete for Strength, Durability and Damages