Support in a structure is a member which helps others member to resist loads. Different types of supports, their reactions and applications for structures and their details is discussed.

Supports in a structure transfers the load to the ground and provides stability to the structure supported on it.

Types of Supports and Reactions in Structures and Their Applications

The types of supports can be mainly classified into two types

External Supports and Reactions and Applications in a Structure

Fixed Support and Reactions and Applications in a Structure

In structural analysis, there are three unknowns to find for fixed support which can satisfy all the three equations of equilibrium.

To provide good stability to the structure, at least one rigid support should be provided. Beam fixed in wall is a good example for fixed support. 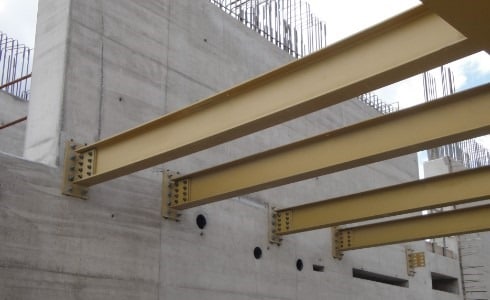 Pinned Support and Reactions in a Structure

Pinned support or hinged support can resists both vertical and horizontal forces but they cannot resist moment. It means hinged support is restrained against translation.

Using equations of equilibrium, one can find out the components of horizontal and vertical forces.

Best example for hinged support is door leaf which only rotates about its vertical axis without any horizontal or vertical movement.

The rotation of pinned support or hinged support is allowed in only one direction and is resisted in other direction.

Hinged supports are also used in three hinged arched bridges with two supports at ends and third hinge is provided at the center of the arch which is called as internal hinge. 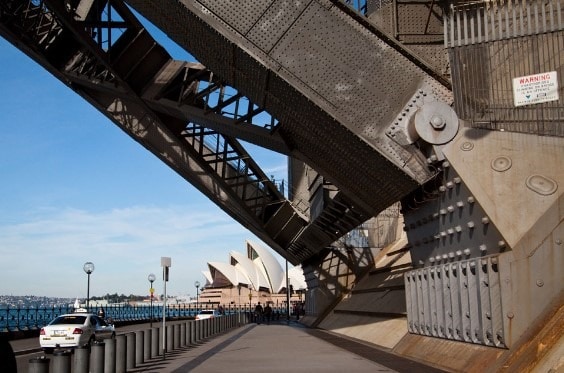 Roller Support and Reactions and Applications in a Structure

This type of support is provided at one end of bridge spans. The reason for providing roller support at one end is to allow contraction or expansion of bridge deck with respect to temperature differences in atmosphere.

If roller support is not provided then it will cause severe damage to the banks of bridge. But this horizontal force should be resisted by at least one support to provide stability so, roller support should be provided at one end only not at both ends. 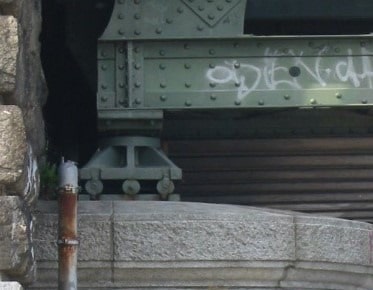 Fig: Roller Support on One End of a Bridge

Rocker Support and Reactions and Applications in a Structure 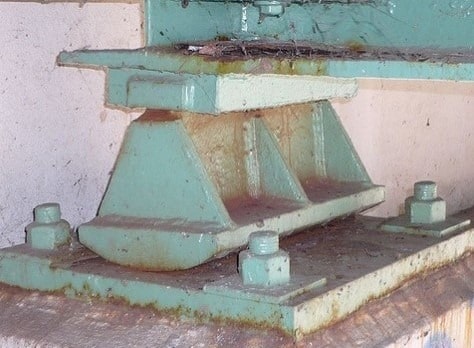 Fig: Rocker Support in a Structure

Link Support and Reactions in a Structure

Simple Supports in a Structure and Their Reactions

Simple support is just a support on which structural member rests. They cannot resists lateral movement and moment like roller supports. They only resist vertical movement of support with the help of gravity.

The horizontal or lateral movement allowed is up to a limited extent and after that the structure loses its support. It’s just like a brick resting longitudinally on two bricks.

This type of support is not commonly used in structural purposes. However, in the zones of frequent seismic activity simple supported structures can be seen. 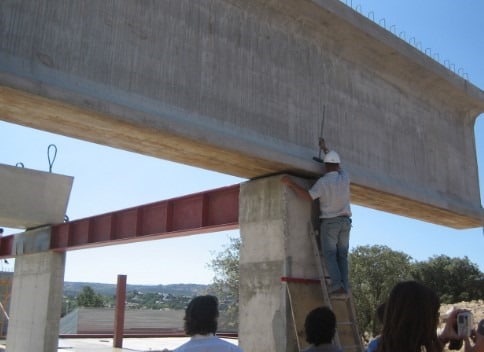 Fig: Simple Supports in a Structure

Internal Supports and Reactions and Applications in a Structure

Internal supports are provided internally in the structural member which means an internal support divides the full member into parts. So, the external reactions can be found for each part which will be quite easier for the analysis.

Following are the types of internal supports provided in a structure:

Internal Hinge Support in a Structure

Similar to hinge support internal hinge also resists translation in both directions and allows only rotation. 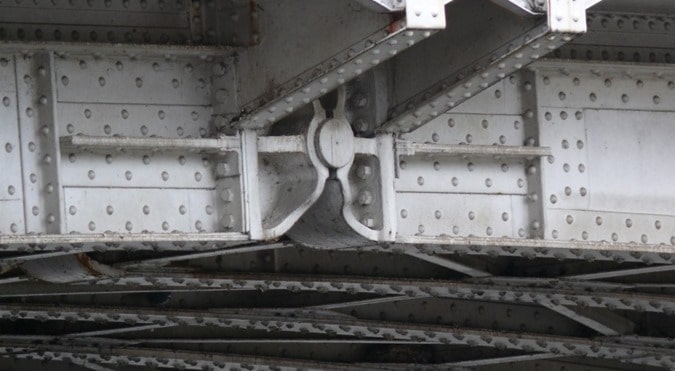 Internal Roller Support in a Structure

This type of internal roller supports are used in tower cranes or harbor cranes so, using the horizontal movement of support heavy materials or members can be shifted from one place to another place.

Sadananda is a Civil Engineer and is an Author, Editor and Partner of The Constructor since 2016.
Previous article Construction of Culverts and Minor Bridges- Siting and Investigation of Catchment Area
Next article Types of Flooring Materials and Their Applications in Building Construction 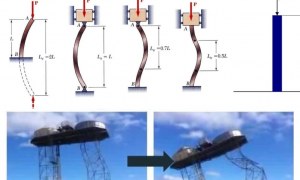 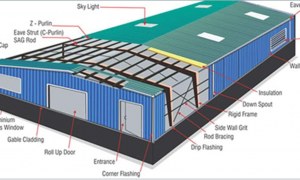