Since, most of reinforced concrete beams are constructed monolithically with other continuous members such as slabs or walls, therefore complete wrapping of FRP plates is not possible in most cases.

There are three main types of FRP systems which includes Aramid, Glass, and Carbon FRPs. The Carbon Fiber Reinforced Polymer plate which is a high quality but expensive type of FRP plate, is shown in Figure-1.

Externally bonding of FRP systems have been applied successfully for strengthening reinforced concrete beams in shear and for improving bridges especially in the United States of America.

Shear design procedures provided by Guide for the Design and Construction of Externally Bonded FRP Systems for Strengthening Concrete Structures (ACI 440.2R-08) is used in this article. 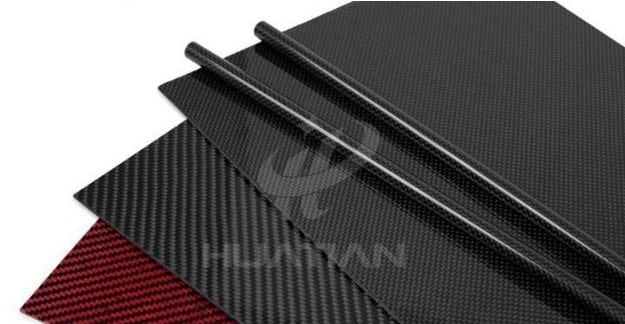 Wrapping of FRP Plates or Strips to RCC Beams

There are three major wrapping schemes that applied in the shear strengthening of reinforced concrete beams:

This type is most efficient wrapping method. FRP system is wrapped around the concrete element completely as shown in Figure-2. As beams are monolithically poured it is hard to have all four sides available for wrapping. This method is suitable for strengthening of column.

This is used for cases where the beam is integrated with slabs and only three sides are available to use as shown in both Figure-2 and Figure-3. 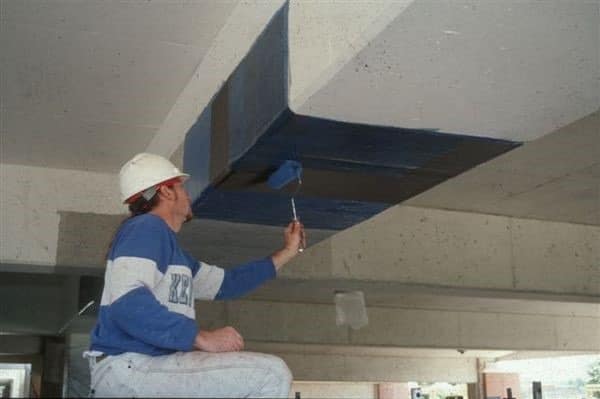 In this case two sides of the member are bonded to the FRP system as shown in Figure-2 and Figure-4. 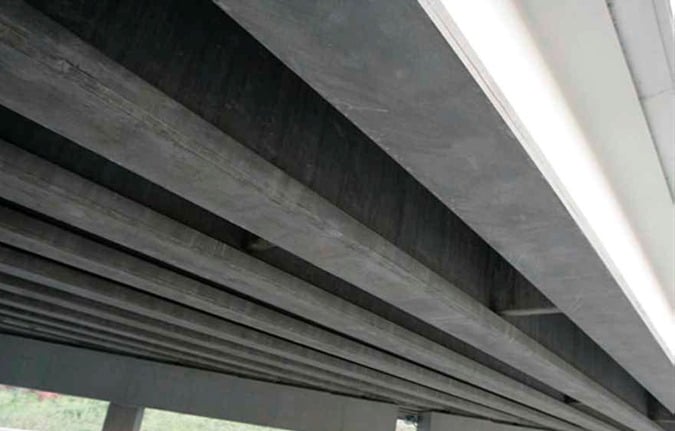 Moreover, all three scheme types used for reinforced concrete elements to increase shear strength but the most efficient is full wrapped followed by three-sided bonding then two-sided bonding FRP systems.

Furthermore, it is possible to either wrap all schemes continuously or discretely. In the latter case, center to center spacing between strips must be equal or smaller than (d/4+strip width).

Finally, U-shaped and two-sided wrapping are subjected to de-bonding failure and therefore their strains are limited by shear bond reduction coefficient (kv).

The shear bond reduction coefficient is the function of applied wrapped scheme type, concrete strength, and the stiffness of FRP strengthening system. ACI 440.2 R-08 provides an equation to compute (kv):

le: Active bonded length over which most of shear stress is transferred between concrete and FRP system. The active bond length is calculated as follow:

The formula used to compute (k2) for U-shaped scheme is:

df: Effective depth of the FRP shear strengthening systems. It is equal to the full height of the section in the case of U-shaped scheme whereas, in two-sided bond is the distance from main steel reinforcement to the top of FRP system.

should be greater than the applied shear force (Vu).

Moreover, an extra reduction factor is applied to the FRP system shear strength.

Vc: shear strength of concrete which can be calculated as per the equation provided by ACI 318-11.

Vs: shear strength of steel reinforcement that can be calculated as per the formula provided by ACI 318-11.

: Strength reduction factor applied for shear strength of FRP systems which is 0.95 for fully wrapped member and 0.85 for U-shaped and two-sided wrapped element.

Vf: is shear strength provided by FRP systems and can be computed as per the following formula:

ffe: Effective tensile strength of FRP system obtained at failure of the section

: Angle between FRP plates or strips and horizontal axis of reinforced concrete beam

df: Effective depth of the FRP shear strengthening systems. It is equal to the full height of the section in the case of U-shaped scheme whereas, in two-sided bond is the distance from main steel reinforcement to the top of FRP system.

sf: Spacing of FRP strips from center to center

tf: Nominal thickness of one ply of FRP strengthening system

For U-shaped scheme and two-sided wrapping:

Concrete and steel reinforcement shear strength in equation-6 can be calculated by the following equations which are taken from ACI 318-11:

: is one for normal concrete

bw: Width of the web for T-section or just (b) for rectangular section

Av: are of stirrups and shall be taken twice the area of the bar in circular tie, hoop, or spiral.

d: Effective depth of the section

s: is the spacing between stirrups

: Angle between inclined stirrups and longitudinal axis of the element

EDITOR
Madeh is a Structural Engineer who works as Assistant Lecturer in Koya University. He is the author, editor and partner at theconstructor.org.
Previous article Soldier Pile Retaining Wall – Components and Design
Next article Buoyancy Rafts or Hollow Box Foundations or Floating Foundations in Building Construction