DTA is used to study the physical and chemical changes that occur in a material when it is heated so as to characterize the material. It is concerned with the rate of change of temperature of a sample as it is heated at a constant rate of heat flow.

The principle on which DTA is based is that when a material is slowly heated, its temperature rises but when the material undergoes any endothermic reaction, i.e. losing water, losing CO2, changes in crystalline structure or decomposition, its temperature remains constant.

The results of DTA are represented in the form of DTA curves. The sample and an inert material are heated in separate crucibles and the difference of temperature between the two is recorded by means of thermocouples which generates an electrical signal whenever there is a temperature difference between the reference and the sample. When there is no endothermic reaction in the sample, there would not be any difference in the temperature between the reference and the sample and hence no electrical signal would occur. Any endothermic change would create a thermal differential and hence an electric pulse. The occurrence of the pulse appears as a peak in the DTA curve which is a plot of temperature versus electrical signal generated. Advantage of DTA over TGA is that the changes not involving weight loss can also be detected.

By this technique the size of crystal planes the molecular structure of the sample can be determined. It can also be found whether the sample is a single compound or consists of more than one compound. In case of polymers, degree of crystallinity can be found because the non-crystalline portion will scatter the X-ray beam to give a continuous background while the crystalline portion will give discontinuous diffraction pattern.

Behavior of Concrete in Extreme Fire

Gopal Mishra is a Civil Engineer from NIT Calicut and has more than 10 years of experience in Civil Engineering and Construction. He is the founder of The Constructor.
Previous article Corrosion Potential Assessment of Concrete Structures
Next article Permeability of Soil by Constant Head Permeameter – Objectives & Procedure 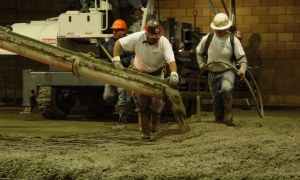 Different Sources of Water in Concrete 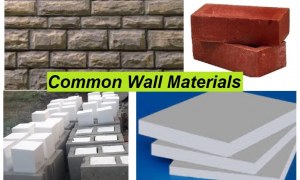