In concrete dams, cracks are formed mainly due to shrinkage of concrete due to temperature variations. These cracks may develop internally in the body of the dam or externally on the surface of the dam. Surface cracks are more dangerous than interior cracks. Different methods to control cracking in concrete dams are explained in this article.

Following are the methods to control or minimize the development of cracks in concrete dams.

In mass concrete structures like dams, the heat evolved during the hydration process is dissipated very slowly. This will cause an increase in temperature inside the concrete mass and thermal cracks will occur. To prevent this, Low heat cement should be used in place of ordinary Portland cement.

It is known that C3S and C3A in OPC are responsible for heat generation during hydration. Low heat cement consists high amount of C2S and less amount of C3S and C3A. As a result, the rate of heat production, as well as the rate of hardening is slow in this case. Hence, the temperature inside the concrete mass is controlled and cracking can be prevented.

2. By Pre-cooling of Concrete

Cracking can be prevented by pre-cooling of concrete ingredients such as fine aggregate, coarse aggregate. This is done by blowing air through the aggregates or by washing them with chilled water. Concrete can also be pre-cooled by using cool water for its making. This will balance the heat generated during the hydration process and prevents thermal cracking.

Post-cooling of concrete is done by passing cold water through pipes embedded in concrete. For post-cooling, 250 m long and thin pipes of 25 mm external diameter are placed in concrete after each lift is poured. All pipes are connected together by expansion coupling. These pipes are spaced at 0.5 m to 2.0 m horizontally.

After completion of concreting for one block of a dam, cold water is immediately passed through these pipes at a velocity of 0.6 m/s and is continued until the mass concrete temperature falls to the local temperature. To check the temperature, resistance thermometers are installed concrete mass.

7. By Limiting the Height of Lift

The height of a concrete lift should not be greater than 1.5 m to prevent cracking in mass concrete structures.

EDITOR
Sadananda is a Civil Engineer and is an Author, Editor and Partner of The Constructor since 2016.
Previous article How to Set Good Safety Plan for Concrete Formwork System?
Next article 10 Different Market Forms of Timber 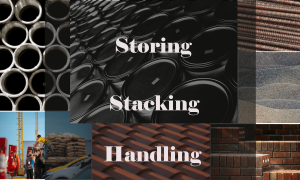 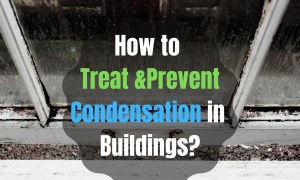 How to Treat & Prevent Condensation in Buildings? [PDF]