However, there are number of recommendations and measure by which a cost effective reinforced concrete column can be designed and constructed. These recommendations will be discussed in the following sections. 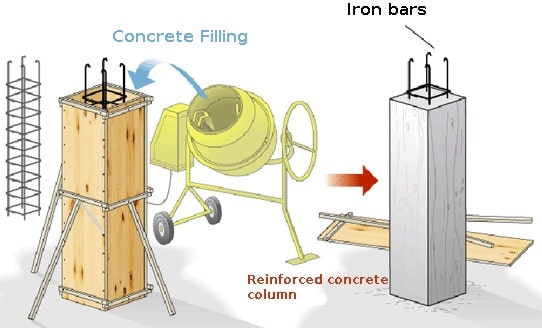 Recommendation provided for economical design of reinforced concrete columns are as follow:

A valuable recommendation provided regarding concrete strength is the use of maximum concrete compressive strength needed to carry factored loads and lowest permissible reinforcement ratio. This is because the lowest price would be reached if such measure is practiced as the cost of reinforcement reduces.

The smallest size of columns in multi storey structures is specified based on the maximum concrete compressive strength and a limit on the maximum reinforcement ratio.

If the size of column is smaller than the minimum allowable size at the base of the structure, then reinforcement ratio can be decreased.

Finally, both reinforcement ratio and concrete compressive strength can be decreased as the imposed factored loads decline in the upper storeys. 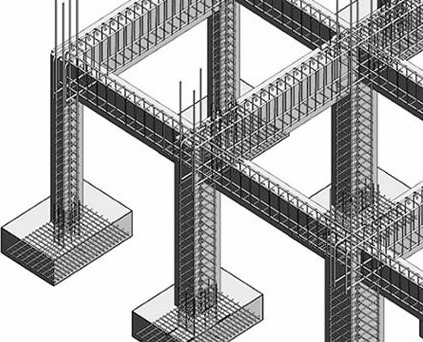 Fig.2: Dimension and Reinforcements of Columns

It is recommended to use the same size and shape for reinforced concrete column for the all floors and from footing to the roof.

Not only does this strategy would allow to construction large number of columns (mass production) but also the formwork of columns can be reused again.

One may argue that, using the same size for all columns would lead to utilize large quantity of additional concrete and hence it would be uneconomical.

However, it is proven that, savings achieved from formwork cost and fast construction would be much greater than the cost of extra material used for smaller columns of storeys above. Added to that, this strategy is claimed to be applicable for maximum building height of 188.2m 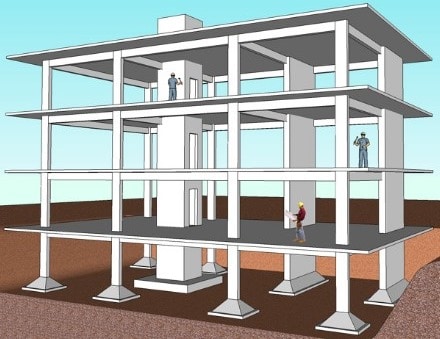 Fig.4: The Same Size and Shape of Column used in the Construction of Multi Storey Building

It is advised to conduct cost comparison between various combination of concrete compressive strength and steel yield strength to specify combination that provides lowest cost.

It is reported that, the use of high strength concrete with 520MPa yield strength would need lowest cost.

Another measure to decrease cost of reinforcements is to utilize minimum tie bars without the violation of code specifications.

Minimum tie requirement would be reached if a longitudinal steel bar is installed at each corner of the column.

If minimum tie requirement is realized, then it would not be necessary to use interior ties.

Consequently, not only can low slump concrete be poured and properly compacted but also the time and cost required to install column reinforcement would be reduced.

Detailing of Reinforcement of Concrete Column

It is possible to make savings in splices subjected to compression only (in another word, end bearing mechanical splices). Added to that, it is advised to employ staggering in order to make the mechanical end bearing to resist certain amount of bending.

Commonly, tensile splice of steel bar with 32mm size is required to be employed if the column subjected to large bending force. In this case, it is recommended to use mechanical splice because it is more economical.

However, if the size of the bar is smaller than 32mm, then it is more economical to consider lap splice rather than mechanical splice. 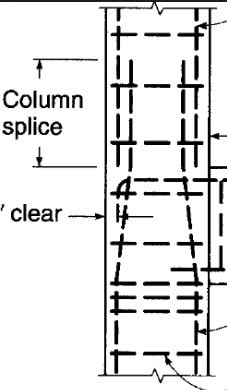 Types of RCC Columns and its Construction Methods

EDITOR
Madeh is a Structural Engineer who works as Assistant Lecturer in Koya University. He is the author, editor and partner at theconstructor.org.
Previous article Roles and Responsibilities of Architect in Construction
Next article How to Decide Thickness of Different Masonry Walls in Buildings? 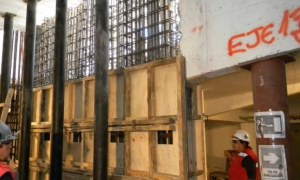 How to Replace Damaged Concrete Members in Structures? 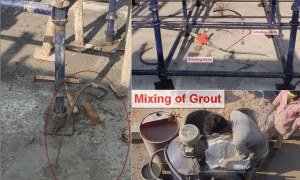